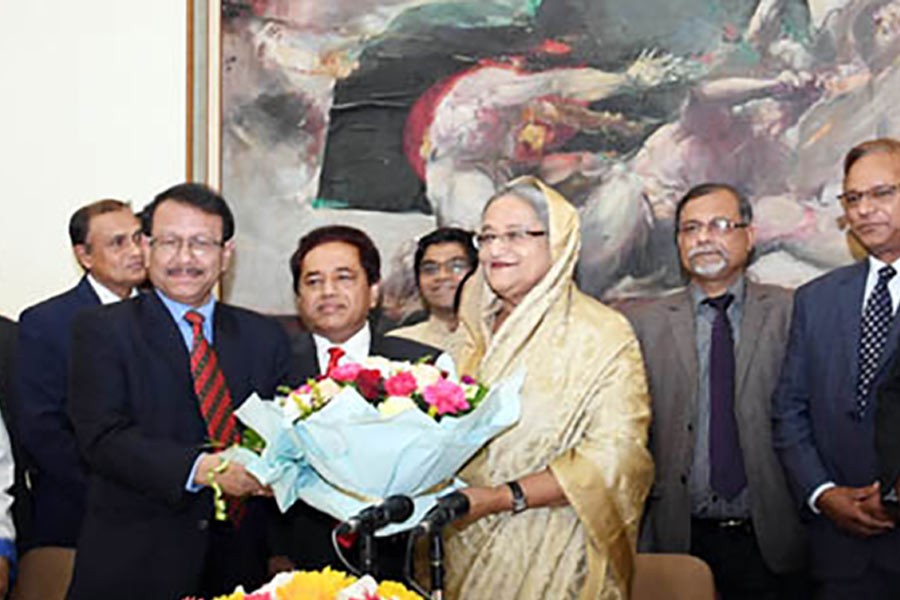 As many as 307 retired government officials have expressed solidarity with the Awami League and pledged to work for the victory of pro-liberation forces in the upcoming national election.

At the outset of the function, they greeted the prime minister by presenting bouquets.