23 districts to witness month-long fresh floods from next week 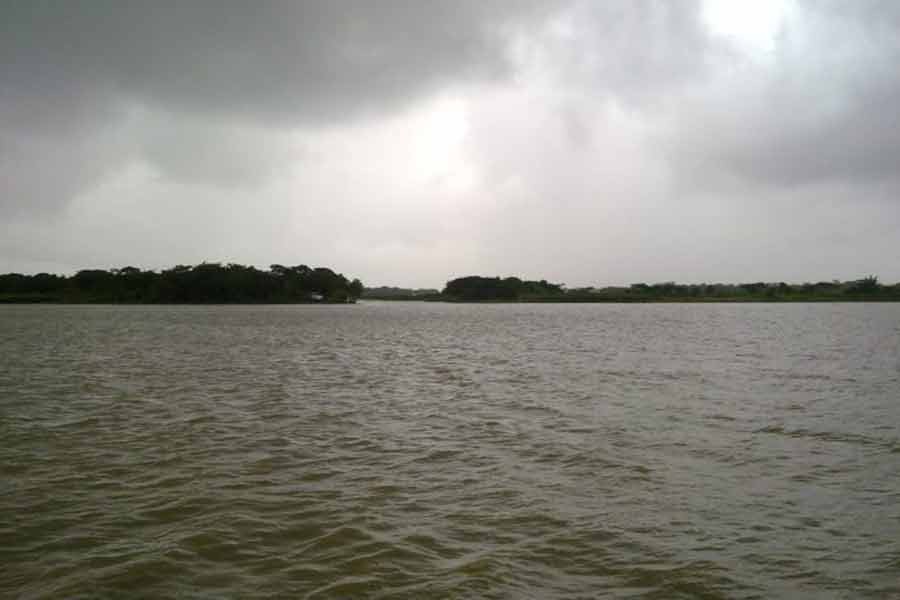 Low-lying areas in 23 districts are predicted to experience a month-long fresh flooding in the next week with the rise of water levels in major rivers due to onrush of upstream waters coupled with heavy to very heavy downpours.

State Minister for Disaster Management and Relief Dr Md Enamur Rahman came up with statement while talking to BSS on Saturday.

“Over 12 districts witnessed a flood from June 24 to July 7. As per flood forecast, water levels may again rise in all major rivers from July 12 to cause a month-long flood in around 23 districts,” the state minister said.

He also mentioned that the government remains ready with all-out measures to face the flood situation.

Enamur said the northern Kurigram, Lalmonirhat, Rangpur, Nilphamari and Gaibandha, northwestern Natore, Naogaon, Bogura, Sirajganj and Rajshahi, northcentral Jamalpur and Tangail and central Manikganj districts in the Brahmaputra-Jamuna basin, central districts of Rajbari, Faridpur, Madaripur, Shariatpur and Munshiganj and southeastern Chandpur in the Ganges-Padma basin and northeastern Netrokona, Sylhet and Sunamganj and central district of Kishoreganj in the Meghna basin may witness the fresh wave of flood.

The state minister said the government has taken all-out preparations to protect the lives and livelihoods of people from the approaching flood as the deluge may continue for prolonged period. Required directives have been given to keep shelter centres readied in the 23 districts, he added.

Bangladesh Water Development Board (BWDB) executive engineer Md Arifuzzaman Bhuiyan said the approaching flood may sustain for more than 15-20 days till last week of this month in some areas as water levels of all three major river basins are likely to rise in this week.

Asked whether the flood situation of this year could be similar that of 1988 or 1998, he said it is difficult to comment on that right now and it will be easier to predict few days later after evaluating the rise of water levels but the flood this year may not sustain for long time at a stretch like the years when the country witnessed severe spikes of flooding.

He said people living in low-lying areas in Kurigram, Lalmonirhat, Gaibandha, Natore, Nilphamari, Jamalpur and Rangpur districts in the northern and northwestern region and Sylhet, Sunamganj and Netrokona districts in northeastern region may face fresh spikes of medium range floods in next 72 hours.

He said more allocation will be provided on the basis of requirements as the government has all-out preparedness with sufficient relief goods and other necessaries to face the calamity.

The state minister said Bangladesh is going through a tough situation as it has witnessed a short-term flood between June 26 and July 7 amidst the outbreak of the coronavirus pandemic. Flood situation became normal in 12 districts from July 7, he added.

He said directives have been given to keep readied maximum number of shelter centres in the flood-prone districts and to maintain social distancing and health guidelines, using face masks by those who will take refuge in the flood shelter centres amid the Covid-19 outbreak.

The state minister called upon the people of the flood-prone areas not to worry as the government led by Prime Minister Sheikh Hasina remains beside them in their well and woes.

“There is no crisis of food as sufficient foods have been kept preserved. We have capability to face any disaster. Insha Allah, we will be able to tackle the situation . . . it won’t be problematic how bigger the flood is,” he said.

In line with the Standing Orders on Disaster (SOD), all concerned ministries, divisions and others generally face the flood situation as it is an annual deluge and they have the efficiency to tackle the situation, he said.

Dr Enamur said concerned deputy commissioners and District Disaster Management Committee (DDMC) and BWDB offices have been constantly monitoring the flood situation since June and holding meetings, follow ups to gear up preparedness to face it during monsoon.

The state minister said medical teams led by civil surgeons will work in flood-prone areas and shelter centres to ensure healthcare while public health engineering offices will provide dirking water and mobile sanitary toilets, public security division will ensure safety of the people and all stakeholders will work in unison to cope with the situation.

The disaster management ministry has provided 500 pieces of tents each with a capacity of facilitating 20 people to every flood-prone districts and directives have been given to provide the tent services if anywhere shelter centre crisis prevails as volunteers will also work, public representatives and party (AL) leaders will extend cooperation to this end.

Besides, the ministry issued cautionary alerts to the people to refrain from having joyous boat ride during the flood and keeping children at safe distance from flood waters as incidents of boat capsize and drowning of children take place every year during that period.

Deputy Minister for Water Resources AKM Enamul Hoque Shameem also echoed with Dr Enamur saying the government remains ready to stand by the people in the flood-prone areas with sufficient relief goods and other necessaries.

He said his ministry has kept monitoring the flood situation round the clock to step into immediately if any flood protection embankment gets damaged or destroyed anywhere in the country.

Water Resources Senior Secretary Kabir Bin Anwar said his ministry and other concerned ministries including disaster management ministry have been making their all-out strides to stand beside the people during the flood.

He said the government has all-out preparations with sufficient relief goods and shelter centre facilities and embankment repairing equipment including geo bags.