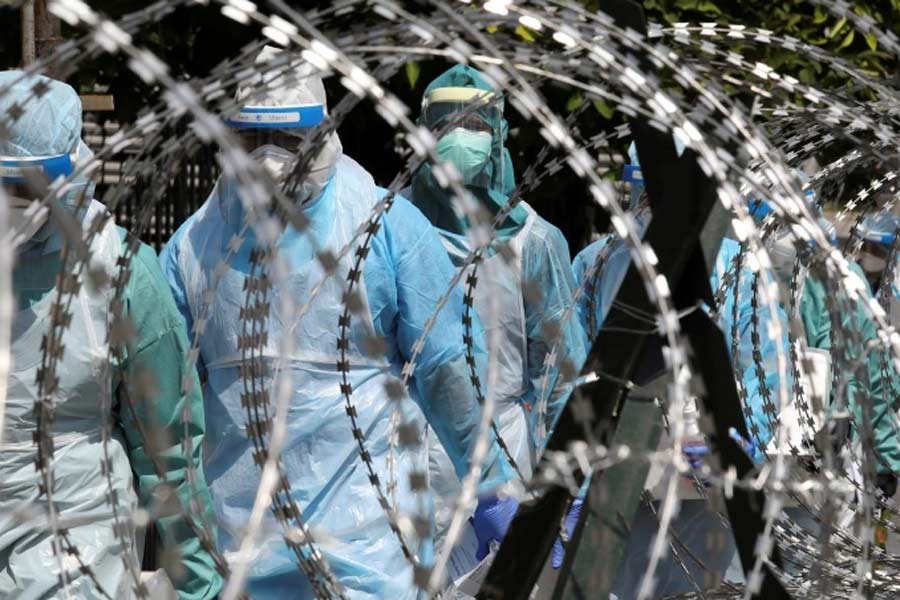 Some 21 migrants’ rights organisations in Bangladesh expressed deep concern over harassment on journalists and migrant workers by Malaysian government recently following an investigative documentary published by Al Jazeera about mistreatment on migrant workers in Malaysia.

The organisations expressed the concern in a statement on Saturday. It said summoning the journalists and the reported manhunt for the Bangladeshi migrant worker interviewed by Al Jazeera for the documentary is a blatant attempt to muzzle the freedom of press and human rights abuse by the Malaysian authorities.

“We call on the Malaysian government not to harass the journalists and expatriates, and instead investigate and take action against those who have been treating the migrants unjust,” the statement read.

They also requested to the Bangladesh High Commission of Malaysia, the Ministry of Foreign Affairs (MoFA), the Ministry of Expatriates’ Welfare and Overseas Employment in Dhaka and international organisations to take necessary actions in this regard.

However, the documentary titled ‘Locked Up in Malaysia’s Lockdown’ was broadcasted on July 3 last as part of Al Jazeera’s “101 East” documentary strand. It shows that the Malaysian government is discriminating against migrants during the epidemic through the Movement Control Order (MCO).

The evidence shown in the documentary on Malaysia's crackdown on immigrants is reprehensible and deeply troubling. There have been similar allegations in the past against Malaysian law enforcement. The Malaysian government should investigate these incidents, according to the statement.

It said six media workers of Al Jazeera were called to Malaysia Central Police Headquarters on July 10 for questioning. Besides, the Immigration Department of Malaysia has issued a search warrant for the Bangladeshi migrant Raihan Kabir (25) who was interviewed in the documentary.

“We want to make it clear that giving an interview to the media is not a crime and Raihan Kabir did not commit any crime. We have learned that several Bangladeshis are also being harassed during this unethical manhunt. We are concerned about the safety of this young Bangladeshi migrant,” the organisations stated.

Stress on equitable access to stimulus package for marginalised people

Prices of vegetables continue to remain high amid supply crunch