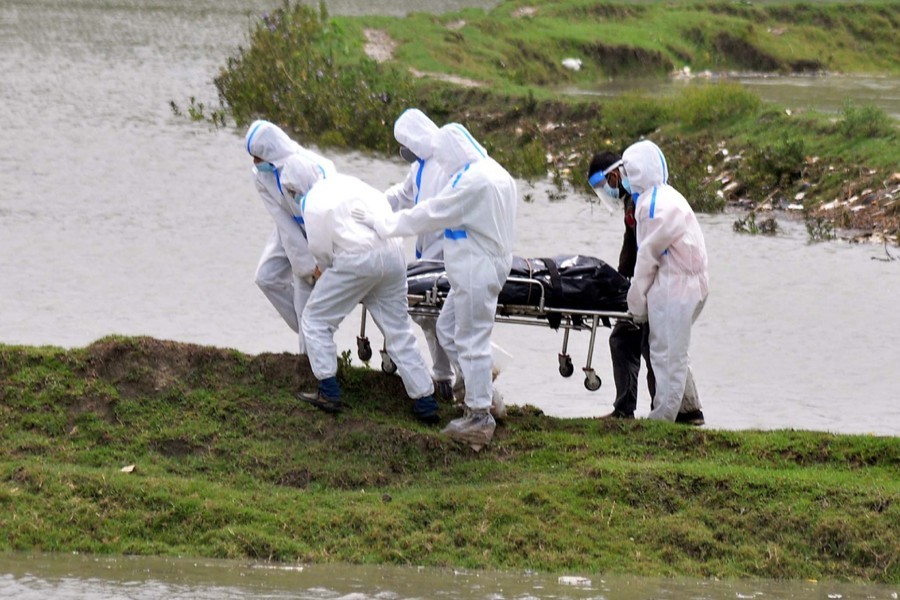 A total of 1,984 people died with Covid-19 like symptoms in the country in a span of 132 days from March 22 to August 1, according to a latest report.

From June 21 to June 27, 222 people had died with such symptoms, which was the highest.

BPO has prepared the report based on information it collected from 25 media outlets, including  national and regional dailies, TV channels and news portals.

But the information was not verified at the field level.

BPO has regularly been publishing reports on multiple issues with financial support from the United Nations Development Programme (UNDP).

Dhaka division reported 385 deaths with such symptoms from March 22 to August 1 while the death toll in Chattogram division climbed to 635 during the same period.

BPO in its report said law enforcers arrested 87 people from March 08 to August 1 on charges of spreading rumours and false information about the virus.

At least 213 people were reportedly fined or penalised and five people arrested all over Bangladesh during the July 26-August 1 period.

Before the Eid-ul-Azha, the rate of incidents showed a decline.

Most of the people were fined for not maintaining health rules in public places, especially in the cattle markets.

Fraudulent activities over coronavrius testing were investigated and three hospitals in Rangpur were fined on charge of service irregularities.

Besides, 619 people were arrested for embezzling relief materials, adulterating food and violating government guidelines on the pandemic as of August 1.

Fine or penalty was imposed on 12,543 people across the country from March 08 to August 1.

According to BPO, 240 incidents of torture and social stigmas were reported as of August 1 which took place centring the coronavirus situation in different parts of the country.

A total of 270 incidents of protests occurred in different districts between April 26 and August 1.

Of them, some 19 per cent took place demanding relief materials and assistance from the authorities concerned while nearly 34 per cent occurred demanding payment of salaries and bonuses and 4.0 per cent against irregularities in the distribution of relief.

Apart from this, 12 per cent protests occurred over lockdown rules, for accountability, against proposed budget, against hike in bus fares and for reopening.

In addition, 146 incidents of violence took place countrywide over disputes following the coronavirus outbreak from March 12 to August 1.

Total 23 people were killed and 604 injured in such incidents, according to the BPO report.