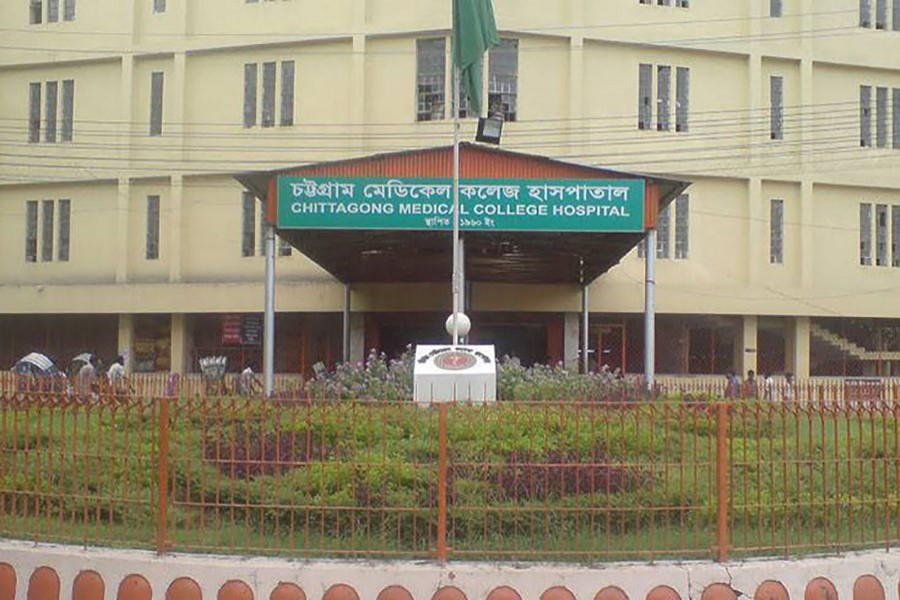 The facade of Chittagong Medical College and Hospital seen in the file photo.

Twelve more Rohingyas, including a woman and two teenage girls, who have crossed border with bullet wounds, were admitted to Chittagong Medical College Hospital (CMCH) between Saturday night and Sunday morning.

Of them, Sirajunnesa sustained bullet injuries in her both legs while Hossain Ali in his left knee, and Shaker and Abdullah suffered injuries in their chests, SI Zahirul added.

With the twelve, the total number of injured Rohingyas at CMCH stands at 85 since the Myanmar security forces launched the crackdown against Rohingyas of northern Rakhine State in Myanmar since August 24.

Besides, another Rohingya man - Shamsul Alam, 35, - who sustained injuries in a road accident in Teknaf, was admitted to the hospital, said Alauddin, assistant sub inspector (ASI) at CMCH police outpost.