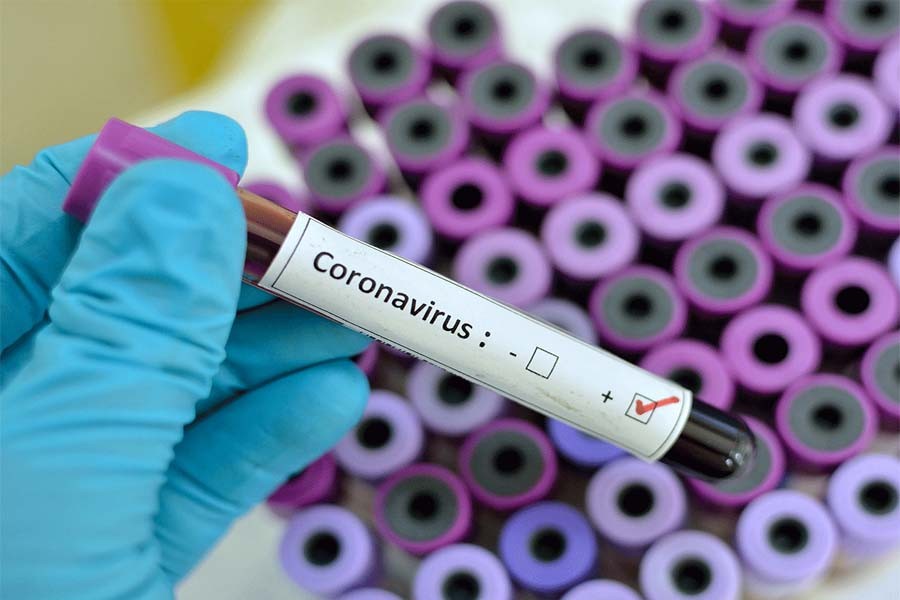 US President Donald Trump has said that the country is stepping up the development of treatments for COVID-19 (COVID-19 patients), including experimenting with the antimalarial drug hydroxychloroquine and blood-related therapies.

Addressing a White House briefing on Sunday, Trump said that hydroxychloroquine is being administered to 1,100 patients in New York along with Z-Pak, or azithromycin.

He said, "It's very early yet. It only started two days ago. But we will see what happens," reports Xinhua.

The US Food and Drug Administration (FDA) is also allowing the emergency use of a blood-related therapy called convalescent plasma as an experimental treatment for seriously ill patients, Trump said.

The therapy involves taking blood plasma from people who have recovered from COVID-19. New sick patients will be transfused with the blood to boost their immune systems, Trump said, adding that early results are promising.

Convalescent plasma that contains antibodies to the novel coronavirus is possibly effective against the infection, the FDA said in a news release.

Though the administration expressed optimism for these therapies, medicine and immunology experts remain skeptical for the results and safety of the treatments.

Robert Schooley, professor of medicine at the Division of Infectious Diseases and Global Public Health at the University of California, San Diego, told Xinhua the evidence that hydroxychloroquine benefits patients is still not very solid.

"There are risks from these medications, especially in the case of chloroquine, and they should not be taken except under close medical supervision," Schooley said.

Chloroquine can cause sudden death by causing abnormalities in cardiac rhythm, and this risk is potentially increased by the simultaneous use of azithromycin, he warned.

Stanley Perlman, professor of microbiology and immunology at the University of Iowa, told Xinhua there is no data supporting the use of these drugs, unless they have some sort of anti-inflammatory effects.

He said the blood-related therapy may work if delivered in the early stages of the disease before people become sick, though finding enough convalescent plasma may be an issue.

To push more testing, the FDA authorized on Friday a new test developed by US medical devices company Abbott Laboratories.

The test could deliver positive results in just five minutes and negative results in 13 minutes, with 50,000 such tests expected to be conducted per day from next week, according to the company.

Vaccine development is moving along very rapidly, said Trump, adding the United States is quickly unleashing every tool possible to vanquish the virus.

"While developing vaccines, we need to use epidemiological interventions such as the ones used in China, and recently in the United States, and drugs as they come along to seek to reduce the morbidity and mortality caused by this virus as much as possible," Schooley said.

Trump announced that federal social distancing guidelines would be extended to April 30.

Anthony Fauci, director of the National Institute of Allergy and Infectious Diseases, said the mitigation efforts are taking effect and the extension of the social distancing guidelines is a "wise and prudent decision."

Trump said the death rate in the country is likely to peak in two weeks, and he hopes the country will be on its way to recovery by June 1.

The number of COVID-19 cases in the United States has topped 143,025 as of Sunday night, with 2,506 deaths, according to the Center for Systems Science and Engineering at Johns Hopkins University.

Hydroxychloroquine no better than placebo for COVID-19: Study

Hand sanitisers or soap and water: Which is more effective?

Health and safety the utmost priority at Prime Bank