Study suggests elderly, sick most at risk of coronavirus 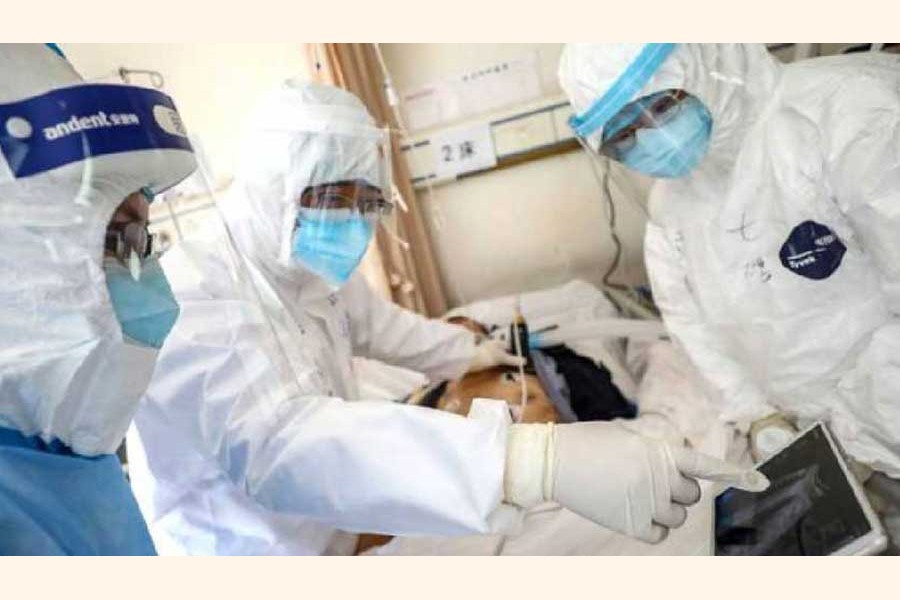 BEIJING, Feb 18 (BBC): Health officials in China have published the first details of more than 70,000 cases of Covid-19, in the biggest study since the outbreak began.

Data from the Chinese Centre for Disease Control and Prevention (CCDC) found that more than 80per cent of the cases have been mild, with the sick and elderly most at risk.

The research also points to the high risk for medical staff.

It comes as a hospital director in Wuhan died from the virus on Tuesday.

Liu Zhiming, 51, was the director of the Wuchang Hospital in Wuhan - one of the leading hospitals in the virus epicentre. He is one of the most senior health officials to die so far.

Hubei, the province Wuhan is in, is the worst affected province in the country.

The report by the CCDC showed the province's death rate is 2.9per cent compared with only 0.4per cent in the rest of the country.

The findings put the overall death rate of the Covid-19 virus at 2.3per cent.

Officials said there were 98 new deaths and 1,886 new cases in the past day, 93 of those deaths and 1,807 of the infections were in Hubei province - the epicentre of the outbreak.

More than 12,000 people have recovered, according to Chinese authorities.

The paper by the CCDC, released on Monday and published in the Chinese Journal of Epidemiology, looked at all 72,314 cases of Covid-19 diagnosed across China as of 11 February, including confirmed, suspected, and asymptomatic cases.

While the results largely confirm previous descriptions of the virus and patterns of infection, the study includes a detailed breakdown of the 44,672 confirmed cases across all of China.

Some of the conclusions reached include the following:

Some 80.9per cent of infections are classified as mild, 13.8per cent as severe and only 4.7per cent as critical.

The highest fatality rate is for people aged 80 and older, at 14.8per cent.

For children up to 9, there have been no fatalities and up to the age of 39, the death rate remains low at 0.2per cent.

Pointing out the risk for medical staff, the paper says that a total of 3,019 health workers have been infected, 1,716 of which were confirmed cases and five had died by 11 February, which was the last day of data included in the research.

On 13 February, China broadened its definition of how to diagnose people, including "clinically diagnosed cases" which previously were counted separate from "confirmed cases".

Looking forward, the paper found that "the epidemic curve of onset of symptoms" peaked around 23-26 January before declining up to 11 February.

The study suggests that the downward trend in the overall epidemic curve could mean that "isolation of whole cities, broadcast of critical information (e.g., promoting hand washing, mask wearing, and care seeking) with high frequency through multiple channels, and mobilization of a multi-sector rapid response teams is helping to curb the epidemic".

But the authors also warn that with many people returning from a long holiday, the country "needs to prepare for the possible rebound of the epidemic".

China's response to the virus has seen the lockdown of Wuhan - the largest city in Hubei - and the rest of the province as well as severe travel restrictions on movements across the country.

The virus has spread beyond mainland China to countries around the globe and two cruise ships are now confirmed to have been affected.