Nipah virus: Transfer of immunity from mother to newborn confirmed for the first time 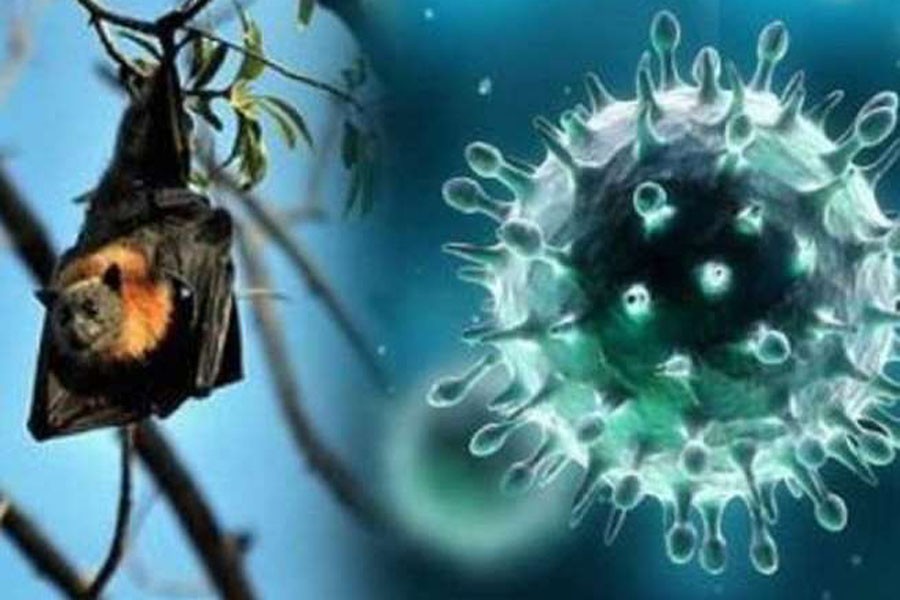 Transfer of immunity against Nipah virus from mother to child has been confirmed for the first time, according to a latest icddr,b study.

Recently, the findings by icddr,b scientists, and partners published in the journal of Tropical Medicine and Infectious Disease has confirmed the transfer of humoral immunity against Nipah Virus (NiV) from mother to newborn baby for the first time.

This paper described novel information on the vertical transfer of immune properties, it said.

According to the World Health Organisation (WHO), the mortality rate for NiVis estimated at 40 per cent to 75 per cent, and in Bangladesh, it is about 71 per cent.

The survivors of NiVinfection suffer from severe neurological complications. Moreover, there is a high chance that these symptoms worsen progressively when a survivor becomes pregnant and approaches the term.

In January 2020, a baby girl aged below five years and her mother from the Faridpur district of Bangladesh were infected with NiV. Both had a history of raw date palm sap consumption and were diagnosed as confirmed NiV cases.

Unfortunately, the daughter passed away, and the mother survived with significant residual neurological impairment. She was conceived in November 2021 and was under thorough antenatal follow-up by the National Nipah surveillance authority.

A healthy male baby was born in August 2022. As part of the follow-up, specimens were collected and tested for NiV infection at the reference laboratory to exclude vertical transmission. Although tested negative for anti-Nipah IgM and PCR for NiV, a high titerof anti-Nipah IgG was observed. The transfer of humoral immunity against NiV from the mother to the neonate was confirmed for the first time.

“It warrants further exploration of its effectiveness in virus neutralisation and its potential to protect newborns. This will also be a reference for vaccine recommendations for pregnant and young women against the Nipa Virus," Sattar said.

To warn people from consuming raw date palm sap, Professor Dr Tahmina Shirin, director of the Institute of Epidemiology, Disease Control and Research (IEDCR), said, "Recently, we are observing a profound interest among people to consume raw date palm sap and also involve in promoting this culture through social media.  People indulge in it without knowing the havoc it can create. Even if someone says they have taken precautions while collecting raw date palm sap, we would urge everyone not to drink raw date palm sap because it is still unsafe."

Dr Tahmeed Ahmed, executive director at icddr,b, appreciated the collaborative efforts and said, "icddr,b in partnership with the Government of Bangladesh, has been running the world's longest Nipah virus surveillance to detect Nipah Virus outbreaks, understanding the disease transmission, and finding new knowledge and insights that can help develop therapeutics and vaccines against this deadly infection”.

“The effort has been rewarding, and I hope we will soon have effective preventive measures and treatments, and be able to save lives," Dr Tahmeed added.

NiV is a zoonotic virus (it is transmitted from animals to humans) and can also be transmitted through foods contaminated by animals or directly between people.

Fruit bats from the genus Pteropus are its natural reservoir, and NiVis one of the present time's fatal emerging pathogens.

In Bangladesh, the virus was first reported in 2001, and since then, the NiV has become endemic to this densely populated country, with confirmed cases reported almost every year. Until January 2023, a total of 331 cases of NiV infection have been reported, and 236 patients died.

WHO targets to save 2.5 million lives from breast cancer by 2040

Gum bleeding: Cause, prevention and treatment

Suffering from joint pains? Try these