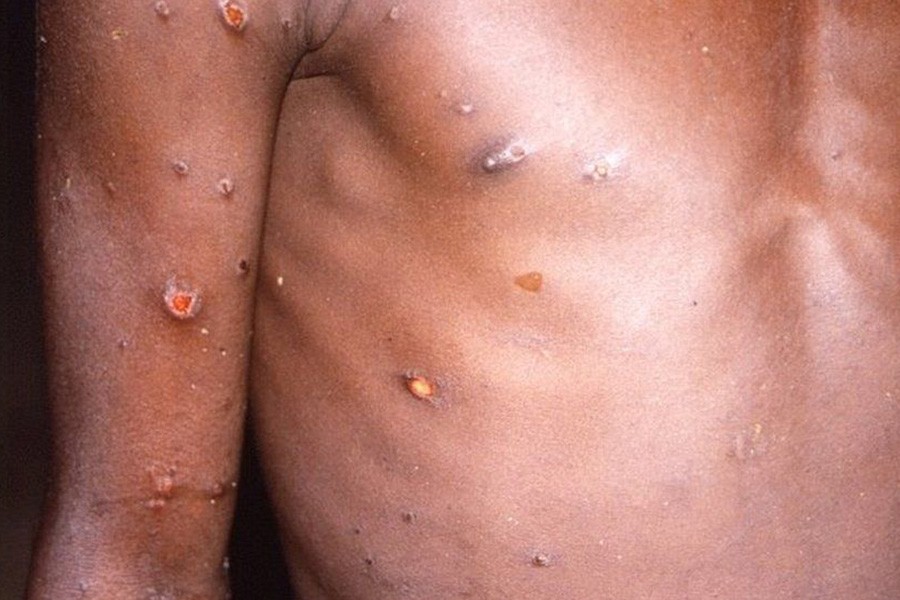 The World Health Organization has said another 50 suspected cases are being investigated - without naming any countries - and warned that more cases are likely to be reported.

Infections have been confirmed in nine European countries, as well as the US, Canada and Australia, reports BBC.

Monkeypox is most common in remote parts of Central and West Africa.

It is a rare viral infection which is usually mild and from which most people recover in a few weeks, according to the UK's National Health Service.

There is no specific vaccine for monkeypox, but a smallpox jab offers 85 per cent protection since the two viruses are quite similar.

So far, public health agencies in Europe have confirmed cases in the UK, Spain, Portugal, Germany, Belgium, France, the Netherlands, Italy and Sweden.

In a statement on Friday, the WHO said that the recent outbreaks "are atypical, as they are occurring in non-endemic countries".

It said it was "working with the affected countries and others to expand disease surveillance to find and support people who may be affected".

It is not yet clear why this unusual outbreak is happening now.

One possibility is that the virus has changed in some way, although currently there is little evidence to suggest this is a new variant.

Another explanation is that the virus has found itself in the right place at the right time to thrive.

Monkeypox may also spread more easily than it did in the past, when the smallpox vaccine was widely used.

WHO's Europe regional director Hans Kluge warned that "as we enter the summer season... with mass gatherings, festivals and parties, I am concerned that transmission could accelerate".

He added that all but one of the recent cases had no relevant travel history to areas where monkeypox was endemic.

The first case of the disease in the UK was reported on May 07. The patient had recently travelled to Nigeria, where they are believed to have caught the virus before travelling to England, the UK Health Security Agency said.

There are now 20 confirmed cases in the UK, Health Secretary Sajid Javid said on Friday.

Authorities in the UK said they had bought stocks of the smallpox vaccine and started offering it to those with "higher levels of exposure" to monkeypox.

Spanish health authorities have also reportedly purchased thousands of smallpox jabs to deal with the outbreak, according to Spanish newspaper El País.

Australia's first case was detected in a man who fell ill after travelling to the UK, the Victorian Department of Health said.

In North America, health authorities in the US state of Massachusetts confirmed that a man has been infected after recently travelling to Canada. He was in "good condition" and "poses no risk to the public", officials said.

The virus does not spread easily between people and the risk to the wider public is said to be very low.