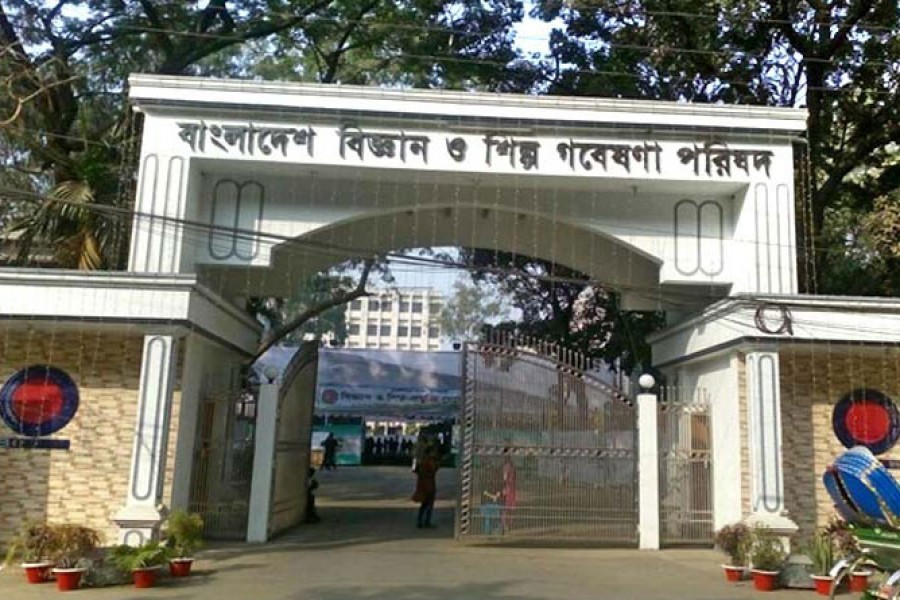 A cheap Covid testing kit developed by the government scientific research institute has seen a slow progress in obtaining official clearance. The developer of the newly-developed kit requires the no objection certificate (NOC) from the concerned regulatory authority of the government in order to go for commercial production.

If the cheap, Tk 250, testing kit gets the final nod people will be able to test Covid at a low cost while examining an increasing number of Covid samples remains crucial to detect and stop the spread of the deadly virus.

The Bangladesh Council of Scientific and Industrial Research (BCSIR) announced the development of the low-cost Covid-19 detection kit on August 7 last.

Bangabandhu Sheikh Mujib Medical University (BSMMU) and the University of Dhaka jointly developed the kit, which will be affordable by the low-income group or common people once marketed after going for mass production following the clearance.

The BCSIR says it is all set to go for mass production but cannot do so now as it needs further approval from the regulator.

Earlier, necessary performance tests were conducted by the BSMMU and the test report was sent to the Directorate General of Drug Administration (DGDA) two weeks ago, BCSIR and DGDA officials said.

BCSIR Chairman Prof Md Aftab Ali Shaikh told the FE that the performance test was conducted at the BSMMU and the report was submitted to the DGDA.

The result was positive, he said and claimed: "We are scientists and we know what we have developed. The kit did positive in the performance test carried out by the BSMMU."

He also said that the bureaucratic system is delaying the approval process.

However, the BCSIR remained hopeful about getting the clearance soon to go for the final stage of approval and production of the kit at its lab.

"Soon we will get the NOC; DGDA will visit our lab and examine its capacity to determine if it can go for production. If everything is found okay, then we get final approval for production," the BCSRI chair, also a teacher at the Department of Chemistry at DU, said.

"If we get the final approval then we can place offer before local and global pharmaceutical companies for commercial production, officials at the BCSIR," he added.

Testing kit is now a necessary medical product as Covid testing has become mandatory for other health issues, including before going for any medical operation in a patient's body like some other composure tests, he stated.

"Thus, a cheap testing kit to determine Covid will be a great thing specially for the government and the common people of the country as it has high efficiency with economic benefit," the BCSIR chairman continued.

Dr Selim, chief scientific officer of BCSIR, said that the Bangladesh Medical Research Council has given ethical clearance to the first-ever government-run organisation to develop an RT-PCR kit to detect Covid.

'M' gene is used in the development of the Covid kit which is less prone to mutations and less false results, the scientist claimed, adding that the kit also can detect and show results even if only a few Covid viruses remain in the human body.

"And will help to know the presence of the virus before Covid-19 symptoms appear or visible and confirm test results in just 4-5 hours," he added.

About 13 million samples have been tested in Bangladesh so far. These huge numbers of identification kits have to be imported entirely, which is having some negative impact on the country's economy, the BCSIR officials noted.

However, officials at the DGDA said that they have provided some recommendations to the BCSIR to follow and are seeking further feedback. But BCSIR officials didn't admit to receiving such a thing.

We have sent feedback after the performance test result was sent from the BSMMU, Ayub Hossain, a DGDA director, told the FE recently.

Providing NOC may take some more time in the scrutinising process before providing final approval. Besides, the kit is yet to get any global recognition which may delay the process, he added.

Know the types of facial acne for proper treatment

Measles now an imminent global threat due to pandemic, say WHO and CDC

How to prevent motion sickness while travelling

All you need to know about newborn skincare

Choosing the perfect product for your winter skincare

Why we should worry about rampant intake of paracetamol

Every district hospital to get 10-bed ICUs