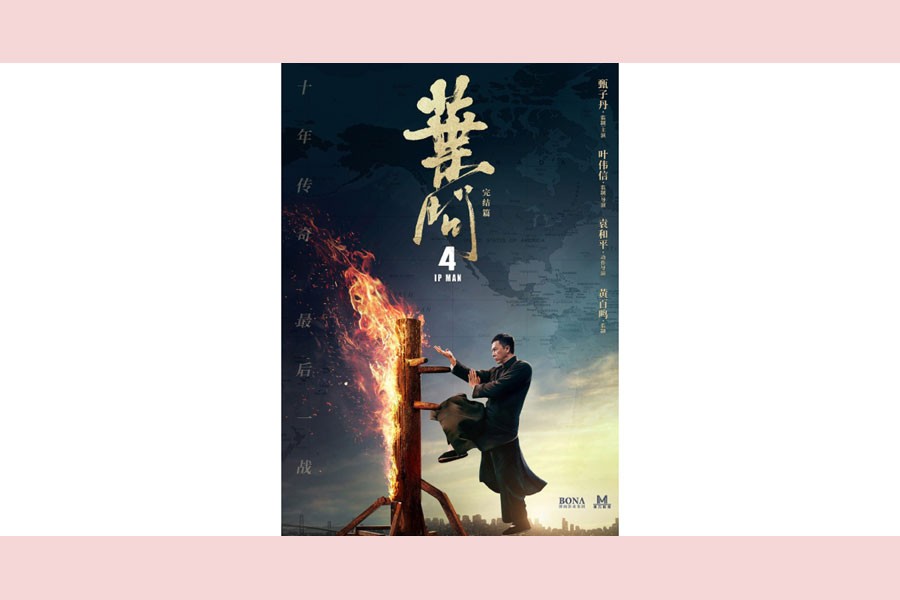 "Ip Man 4," the latest installment in the Chinese martial arts film franchise "Ip Man" based on the life of a legendary Wing Chun master, led the Chinese mainland box office Saturday, according to the China Movie Data Information Network Sunday.

Set in the 1960s, the new film sees Donnie Yen reprising the title role as the kung fu master who travels to the United States to work with Bruce Lee after the latter decides to open a Wing Chun school.

It was followed by "S.W.A.T," a domestic gangster film, which pocketed 664,200 yuan on its second day of screening.

Coming in third was "Sheep Without a Shepherd," a Chinese adaptation of a renowned Indian drama. It grossed about 606,000 yuan.

Friends to reunite for one-off special on HBO Max

Half of my listeners Bangladeshi: Anjan Dutt