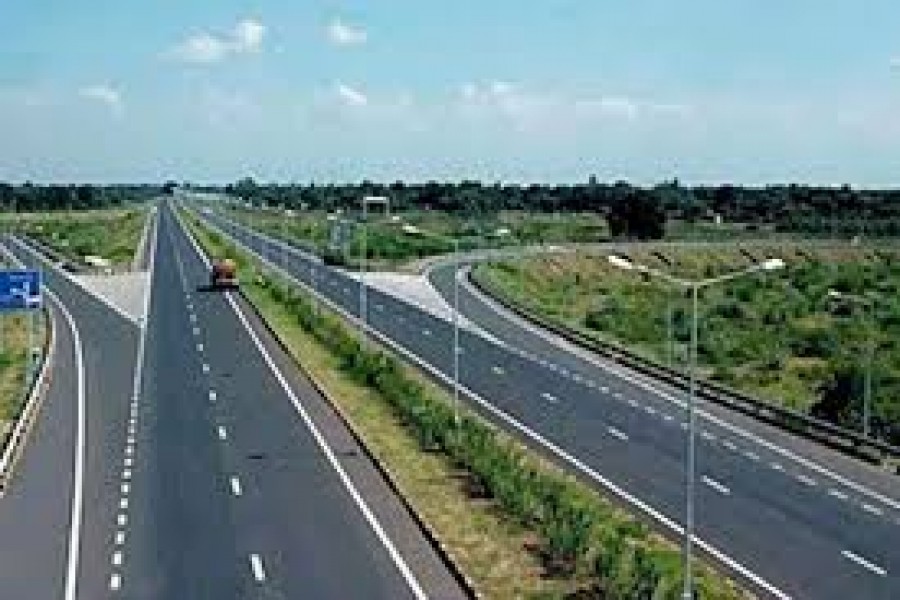 The news from the Ministry of Road Transport and Bridges that four important highways of the country will be upgraded to four lanes from two-lanes can only augur well for the country's road communication sector. The roads under consideration are the Dhaka-Sylhet, Rangpur-Banglabandha, Rangpur-Burimari and Barishal-Faridpur highways. Apart from the government's own money, a major portion of the total cost of the initiative will come from the Asian Development Bank (ADB) as loan. Besides being four-lane, the proposed improvement will have provision for separate lanes for the slow-moving vehicle. The last-mentioned is an inescapable and dominant characteristic of the Bangladesh countryside. That this is also being given due importance goes to underscore the planners' attention to practical details and the anxiety associated with big projects.

The four proposed four-lane roads should have come earlier in our planning discourse. The ADB, which has been a regular development partner with Bangladesh since 1973, proposed the latest projects in view of the country's perilous narrative of  the transport sector in recent years. As late as the last Eid-ul-Fitr and Eid-ul-Azha festivals a few months back in 2019, the country saw clearly that the Railways give in to pressure during longer holiday seasons. In the road sector too, the pitiable condition of bus movement is made worse by below-par roads and an insatiable coterie that operates with impunity to trade in human misery. The latest venture would at least make one aspect of the quicksand leave the scene. Besides, good four-lane roads contribute immeasurably to a lessening of road accidents, as has been proven by the upgraded Dhaka-Chittagong four-lane project. Indeed, studies may be carried out to find the impact of such initiatives on human life and national economy. Apart from a positive effect on loss of human life, it's economic dividends will be immense in terms of shortening travel time and reducing delivery period for merchandise. The two roads in the greater Rangpur and greater Dinajpur areas in the northwest of the country should have entered the list of projects many years back. They would not only ease movement of the people of those areas, but also give a boost to the economy of the region consisting of areas of Bangladesh, Bhutan, India and Nepal. The Dhaka-Sylhet road upgrade is also of immense importance. It is designed to be part of the regional connectivity between Bangladesh and the north-eastern states of India and beyond by its connectivity to the much-talked-about Asian Highway. Besides, the Barishal-Faridpur highway, when upgraded to four-lane, would make the upcoming Payra port more meaningfully connected to the rest of the country, especially to the now-advancing under-construction Padma Bridge and beyond. When it is a four-lane modern road in place of an antiquated two-line one, that makes people feel better integrated with mobility as a catalyst.

As we undertake projects with loans from development partners, we must at the same time take care to utilise the money with caution and certitude. Already projects of bridges and highways, flyovers and buildings have set a tendency to be more expensive in Bangladesh compared to that of our neighbours. This higher level of cost calls for accountable explanation with safeguards taken to avoid recurrence. As we take the path towards further development, cost-effectiveness and good governance will be issues of pertinent discourse and pre-emptive action. The policymakers and the implementers have a duty to ensure total transparency on all fronts. We wish the four projects mentioned above speedy of implementation and hope they will leave a far-reaching mark in augmenting domestic transportation and regional cooperation through smoother and efficient connectivity.

In search of genuine PPP

Now floods on the rumble