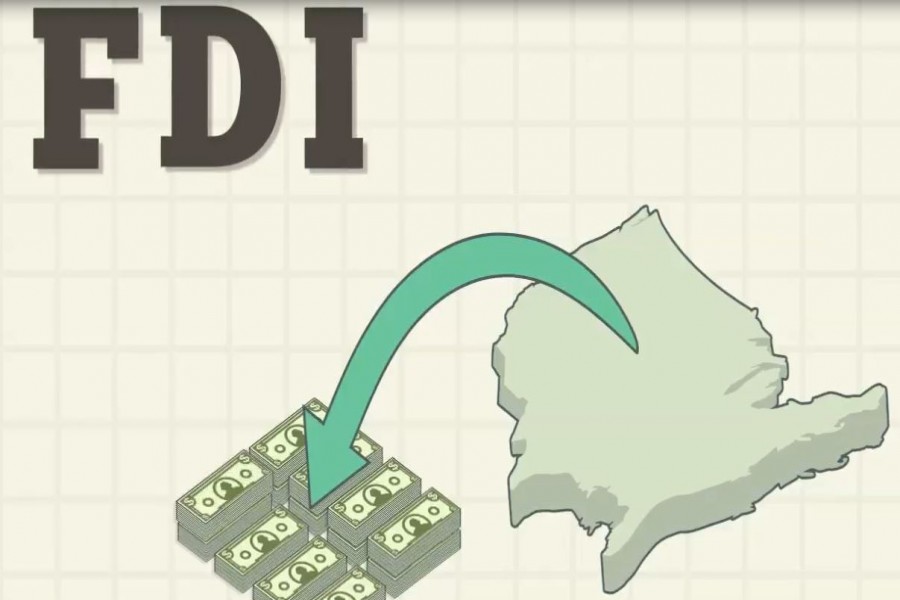 In the present-day context, it is a truism that an economy's capacity for attracting Foreign Direct Investment (FDI) determines how early it would take the path to growth through industrialisation. The success stories of the many Southeast Asian and Far Eastern countries attest to this assertion. Bangladesh has long been touted as the next potential candidate for such growth in the South Asian region. But of the various factors that could be mentioned to have come in the way of the early fulfilment of this dream, the absence of a set of appropriate laws may be identified as one. So, it is time the government updated and streamlined the rules and regulations concerned to steer the nation along the desired growth path.

It is heartening to learn that the government has finally decided to effect necessary changes in these laws, some of which are indeed age-old and not in sync with the needs of the time, while the others are of recent origin. These concern Foreign Exchange Regulation, Act, 1947, the Bank Company Act 1991, the Negotiable Instrument Act, 1881 and the Artha Rin Adalat Ain, 2003.

Commendably, in its bid to have the opinions of the stakeholders concerned on the proposed changes such as in the Foreign Exchange Regulation Act 1947, the government has also put the draft proposal on its website.

It is believed that enriched by the inputs from knowledgeable sources on the matter, a proper banking rule could be devised and presented before the foreign companies willing to invest in Bangladesh.

The countries that would prove to be the quickest to grab the foreign capitals flying out of China are poised to benefit most from the anticipated post-pandemic shift in the trend of movement of global investment.  So, it is hardly surprising that Bangladesh should also revamp its banking and other legal frameworks controlling foreign investment. Countries like India, Vietnam and Indonesia have already brought about changes in their own banking, taxation and other related laws and policies to woo such companies as would be looking for alternative destinations for investment in the not-too-distant future.

As everywhere, bureaucracy and outdated laws are without question a big barrier to any positive change in a system, let alone in an economy willing to allow foreign investment to come in. But to that end, what is more important than just making some changes in the rules and regulations on paper is to have the people with the right bent of mind in charge to implement those laws. It is, therefore, expected that side by side with effecting the desired changes in the banking policy and foreign currency exchange regime, the government is also ready to address the administration's bureaucratic bottlenecks retarding many pro-progress moves.

Understandably, post-pandemic efforts in most countries will have economic recovery as the first priority. In that event, finance, of necessity, will become a scarce resource. Obviously, it will be an intensely competitive and constrained world so far as the availability of foreign investment capital is concerned.

Hopefully, people concerned in the government formulating policies to net FDIs, especially, after the pandemic, will also take the possibility  of a highly constrained external finance market of that time into due account. Conceivably, there is a brief lead time to delve into the dynamics of investment relocation. It is essential to utilise the time in order to take advantage of the unfolding new opportunities to garner FDIs.

No hasty decision based on evolving trends