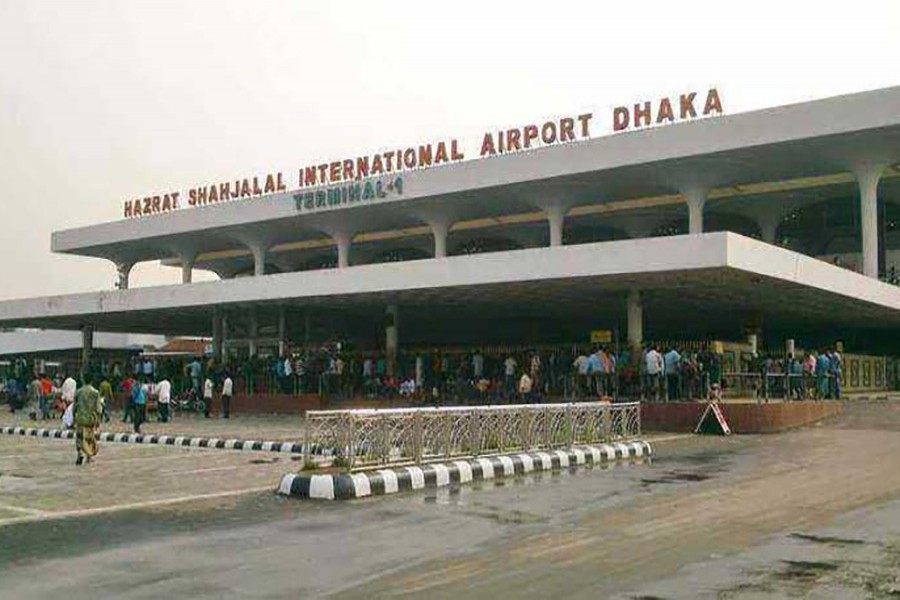 The third terminal of the Hazrat Shahjalal International Airport (HSIA) has been coming in news for quite some time now since its first approval by the Executive Committee of the National Economic Council (ECNEC) in 2017. Now after two years the project has been approved again after revision with cost escalation of nearly 60 per cent and time extension by three years up to June 2025. The new cost of Tk 213 billion and the time addition are not due to any policy-makers' lapse, but as things stand out, the initial estimates, both in terms of money and time, were done by technocrats and bureaucrats working at the Civil Aviation Authority of Bangladesh (CAAB). As the Planning Minister explained after the ECNEC meeting on Tuesday last, the necessity of the revision even before start of work was needed because of the growing demand from passengers of various facilities at a modern airport by an ever increasing traffic load. Besides, a second revision is very much within the Planning Commission rules.  It is not however unique with the CAAB only, other departments of the government suffer from the same folly, a fact that meaningfully gave the headline of the news on the Financial Express as "CAAB too follows the trend".

That the project is a consortium of three countries, Bangladesh, Japan and South Korea, underlines the seriousness of the knowhow and technicalities involved in establishing a modern terminal at an airport. The consortium has been named `Aviation Dhaka Consortium' (ADC). That the Japan International Cooperation Agency (JICA) is providing the 'lion's share' of the project cost once again proves that the Japanese have always been at the forefront of helping Bangladesh's development projects. The third terminal's necessity is underlined by an annual growth of passengers by over three per cent and that of cargo by over seven per cent. The recent onion crisis has underlined that cargo that normally would have come through railway, roads river lanes and short sea routes from India had to be airlifted from far away sources like Egypt, Turkey and Pakistan. This is one aspect that also underscores the importance of improved cargo-handling facilities at the new terminal or elsewhere in the airport area. By the standards of international civil aviation rating, HSIA needs further upgrading. Hopefully the new terminal will take care of some of the shortfalls.

Since the issue of project revision has come to the focus, it should once again alert the planning bureaucracy including technocrats about more realistic cost calculation and time fixation at the very start. Development partners have always mentioned about these two deficiencies of the Bangladesh planning paradigm. Projects start at a low level in departments or offices. It has always been a tradition to present something in a document shape without going very seriously and meticulously into the details. That creates problems later on and calls for revisions. Now that the Economic Cadre has reportedly been merged with the Administrative Cadre, special training will be needed for the people to deal with project preparation and implementation. Specialisation in such matters is crucial. It is clear that the CAAB, dealing with highly sophisticated issues, must be endowed with skilled manpower urgently. It is admirable that they could recover the land for the third terminal that was leased out inconsiderately to some private investors. Now that the third terminal is finally on its way with the ADC consortium, HSIA would take a better shape on the time scale set for it and the outside world find a better entry point to Bangladesh.