Should there be a ban on marine fish import? 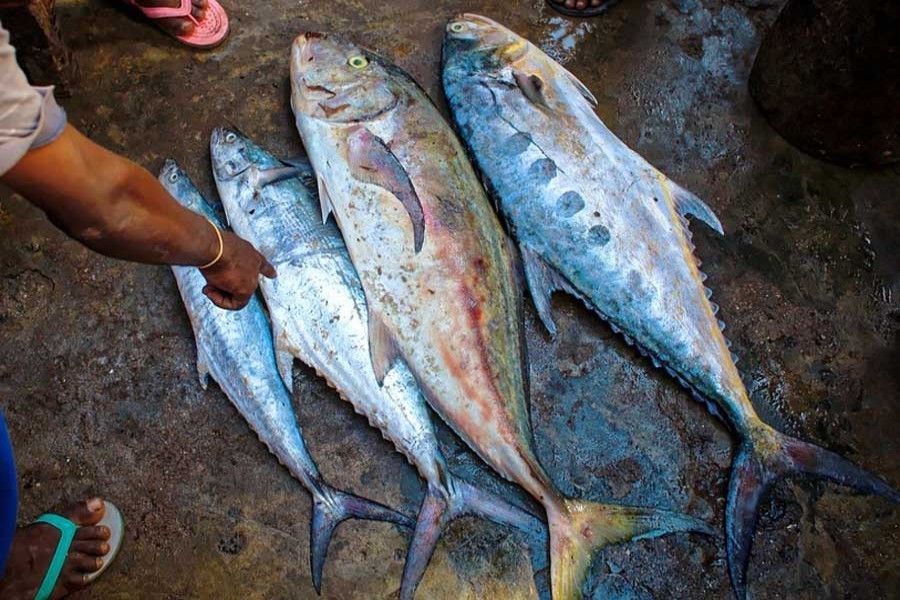 Bangladesh has achieved a sort of miracle in the production of some major food items, including cereals, fish, milk and poultry. And all that happened during the last three decades, to be precise. Though there is immense  potential of the sector to be tapped, the progress achieved so far was even beyond the comprehension of many people during the initial days of the country's independence. Rice production has increased fivefold, and the country is now the eighth largest producer of fish---third in open water fish production, fifth in aquaculture and fourth in Tilapia.

As far as the production of fish is concerned, regrettably, many traditional varieties of fish are now extinct and many more are on the verge of extinction. Cultured fish that are cheaper than local varieties have filled up the void and are found occupying a corner of even the poor men's earthen or enamel plates. Lately, however, the poor and low-income people are skipping even the cultured fish because of their soaring prices.

The issue here, however, is not the price or taste of local fish and cultured ones, but the import of fish. A report published in the last Friday's issue of this paper said Bangladesh spent more than $60 million on the import of marine fish from Gulf countries. The country also imports sweet water cultured fish from Thailand, India and Myanmar. Bangladesh now earns over US$500 million annually from the export of frozen and live fish. The export of these items has declined in recent years because of the market domination by the low-cost vannamei shrimp. The Bangladesh Marine Fisheries Association reportedly has urged the government to stop such imports, claiming that it hurts their business locally. Responding to such a demand, the Ministry of Commerce (Moc) has written to the revenue board to examine the issue from the right perspective. During the ongoing tight forex situation, relevant authorities might find some justification for restricting marine fish import.

However, there should be no reason to rush a decision. The MoC or the revenue board needs to see who imports marine fish and why. Though marine fish are not widely consumed, some people have a strong liking for the same. Posh hotels also need a constant supply of sea fish, including tiger prawns, mackerel, salmon, sardine, tuna and pomfret. It needs to be seen whether the demand can be met locally. The country has a huge maritime area in the Bay of Bengal, which is claimed to be rich in fish and other resources. If the demand for quality marine fish and prawns can be met locally, there should be no reason to import the same at the cost of hard-earned foreign currency. If not, the imposition of restrictions on imports would not be justified. As far as the import of sweet water cultured fish is concerned, the ban should come forthwith.