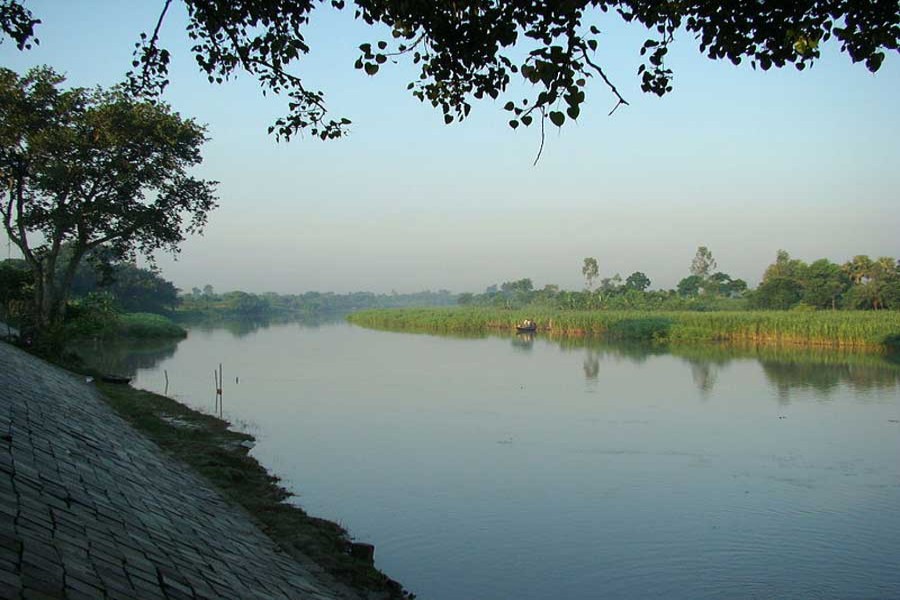 Never before did the Bangladesh Inland Water Transport Authority (BIWTA) launch a demolition drive on a scale it has embarked on this time. Now it has a plan to go about a sensitive business of relocation of religious and educational structures from the river banks all around the city. As many as 120 structures have been built on the banks of the rivers Buriganga, Turag, Balu and Sitalakhya that girdle the capital city. The structures including mosques, graveyards, crematories and schools stand in the way of reclamation of the river banks illegally occupied and the beautification project undertaken, according to the Ministry of Shipping. Evidently, such structures were left alone considering the sensitivity associated with those. After all mosques, schools and crematoriums serve the public in no small measure. So, those cannot be done away with unless alternative arrangements are made.

Of the 18,000 illegal structures demolished so far between 2010 and 2019, the majority were evicted under the massive drive this year. The area reclaimed measures up to only 659 acres, however, sounds pitifully small. In fact the survey conducted last time to identify the river areas did the damage. There are allegations of underhand dealings and pressure from influential quarters for surrendering some genuine river areas to private parties along the bank. Even the area pillars posted were removed at some points. This time, however, pillars of greater diameters and height are being posted. The objective, as anyone can see, is to keep the encroachers at bay. Before erection of such pillars, there was a need for a more authentic survey in order to demarcate the shoreline of the rivers and their banks.

It is common knowledge that all the four rivers have been encroached upon without restraint for the large part of the past three decades. The rivers have shrunk, so have their flows. The Balu and the Turag in particular were on the verge of dying. Now dredging has widened the channel of Balu to restore its navigability. But none of the rivers has got back the original width they once had. The beautification programme is not for the sake of beautification. Once again, the underlying objective is to stop encroachment by establishing permanent infrastructure on the banks. If infrastructure like parks, walkways, jetties are built all along the banks, no one can encroach upon those. Parks and walkways with sitting arrangements at certain distances will serve as recreation spots where people can pass their leisure time or even get some physical exercise.

So, there is no argument against the beautification programme. But if the water quality of the rivers, the Buriganga in particular, cannot be improved, such a programme is doomed to be a failure. The High Court order to plug all the openings of industrial effluent is yet to be complied with. The motorised river vessels also jettison the residues of their burnt-up fuel into the Buriganga, causing heavy oil pollution. All such sources of contamination of the river waters have to be stopped if the authorities want to restore the quality of water and get rid of the foul stench.