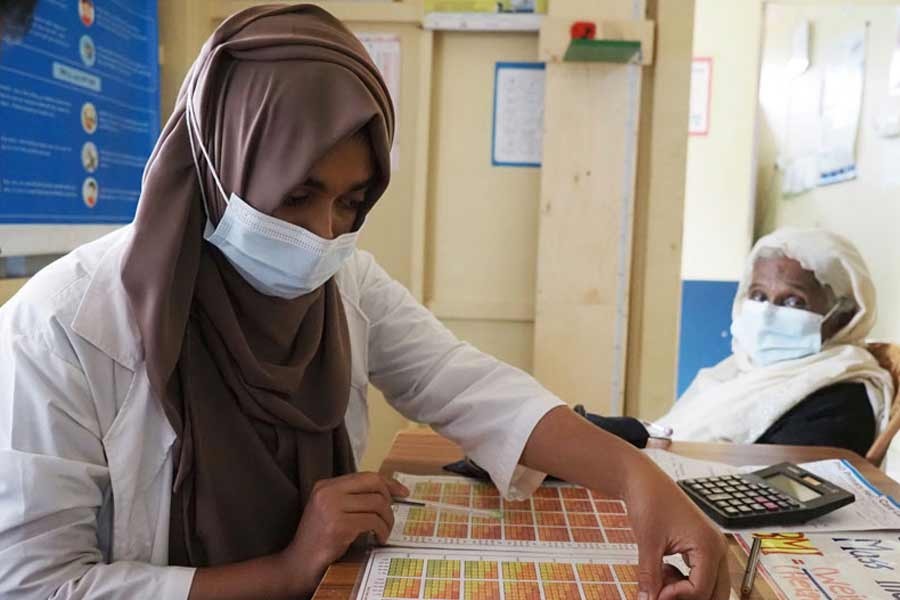 The reported government move under the so-called institutional practice system to allow public hospital and medical college doctors to carry out private practice on the hospital premises after office hours is obviously a novel idea. Under the programme, which is going to kick off from March 1 next on a pilot basis, the patients are learnt to be able to consult the public hospital doctors by paying fees at a fixed rate. Once in operation in 50 upazilas under 20 districts and five medical colleges, the programme is likely to spare patients a lot of hassles they usually go through while shuttling between hospitals and the doctors' private chambers outside the hospital premises.

There is no question that the programme is well-meant as it promises to establish some control on the ongoing culture of private medical practice by doctors of government hospitals. In the prevailing system, it is too expensive for patients from the poorer segment of society to afford the medical service provided by the public hospital doctors at their private chambers. Worse, it contributes to the public hospital doctors' paying more attention to their private practice than attending patients in hospital.

Given that Bangladesh, according to the WHO survey, has only 5.26 doctors for every 10,000 people, the public hospitals cannot simply meet the public's growing demand for medical service. And this is the reason that lies behind the lure of lucrative private practice by doctors working in public-sector hospitals. Having that reality in mind, the committee that the government earlier formed in connection with the said pilot project with Bangabandhu Sheikh Mujib Medical University (BSMMU) vice chancellor at its head pointed out that private practice cannot be stopped straightway under any circumstances. Which is why, the government has come up with this non-binding provision for the public hospital doctors. As suggested, the provision is expected to come as a relief for patients as they would be able to access their doctors within hospital compound at a fixed and reduced fee. On the other hand, the doctors, too, should find the arrangement expedient as they are, in effect, going to have free government-provided chambers where they can conduct private practice. Since the doctors are engaged in a noble profession to serve humanity, they should find it beneficial to accept the provision of serving patients, though at regulated fees, in their workplaces. Moreover, as public servants, the doctors in government service have also a duty towards the people.

From that point of view, the arrangement that the government has made by way of the institutional practice to be run under the pilot project has its merits. That is more so because the government has, after all, to find a way to rein in the unrestrained proliferation of private practice by the doctors working in government hospitals. But the success of the present effort will depend a lot on the doctors' wilful participation in the programme. The question arises because similar efforts made in the past did not work simply due to non-cooperation of doctors. It is hoped that this time the government's ongoing effort to launch what it terms institutional practice by doctors through a pilot project will be able to make a difference. This is for the reason that the government has this time involved the working doctors, especially the medical association activists in the pre-launch phase of the upcoming pilot scheme.

How not to fall into 'middle-income trap'