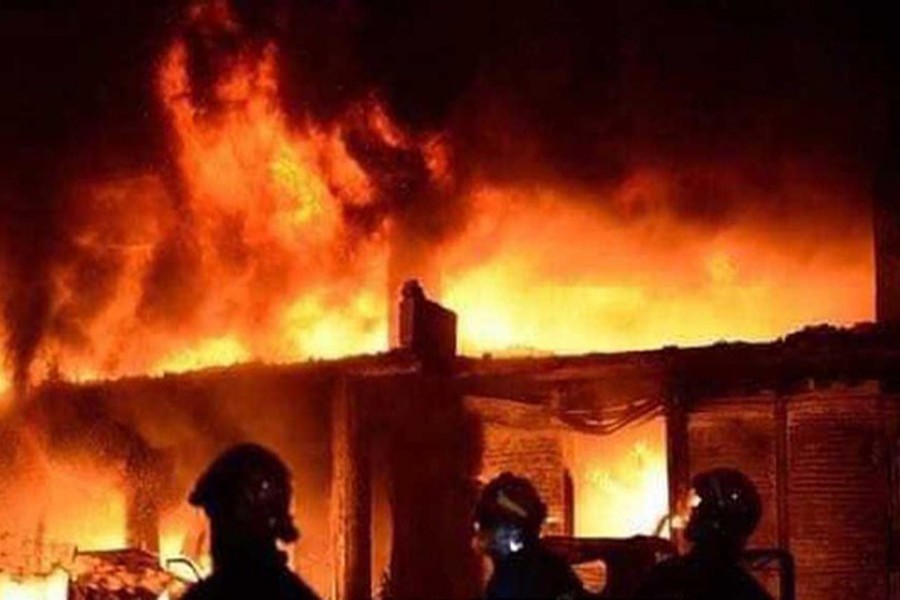 The tendency to belittle the imperative of making people aware of the possible hazards in the day-to-day life often invites calamitous consequences. Over the last couple of decades, this scourge has bedevilled the lives of many people -- no matter which social class they belong to. The people who are the most vulnerable to these avoidable disasters turn out to be the country's urban dwellers. They enjoy the benefits of different household scientific devices -- ranging from electrical gadgets to the means through which they receive piped cooking gas at their residences.

In terms of fatalities and damages to property, the piped gas has long been occupying a dominant place among these accidents caused by negligence in using the device, as well as apathy. The faulty gas distribution pattern, the sloppy laying down of the gas pipes, failure to stop stealing of gas through illegal connections also add to the frightening nature of the episode. The recent explosion-cum-fire at a residence at Fatulla in Narayanganj remind many of similar such accidents which have occurred in the past. The pattern of the calamitous events is uncannily similar. Ranging from leaked pipes carrying the domestic natural gas from the distribution points to the defective burners at residences and cooking venues -- these drawbacks normally create the grounds for potential mishaps. In the commonly seen cases, the kitchen operators do not bother to ensure that the knob of a burner had been properly turned off. With the knob or knobs left not properly switched off, the natural gas continues to leak out from the burner or burners. If there is no space to let the gas spew out, it continues to accumulate in a walled enclosure. The longer the gas continues to emit from the burner in a closed space the greater the danger of a mishap. In a room filled with gas, the moment one tries to start the burner with a matchstick or lighter, it blows out, with flames leaping out into the surrounding rooms. Hundreds of agonising deaths from burn or people groaning in pain for days on hospital beds have become common spectacles in the country's cities and the suburbs.

Although no reliable data on the deaths and injuries exclusively from gas flame-sparked fireballs are available, the numbers could be quite high. With the illegal gas connections and pilferage going on unabated, the spectre of sharp increases in the number of innocent victims is a foregone conclusion. There are remedies on hand. They should begin with the advocacy programmes on creating awareness of the deadly fire hazards among the gas burner users. It's amazing to see that even a lot of city dwelling educated families do not bother to operate their burners properly.

Many otherwise modern housewives care little if their burners have been correctly turned off after cooking. That a negligibly loose state of a burner-knob can invite great dangers eludes many of them. In the task of putting an end to these gas-fire disasters, repeated media advertisements can play an effective role, as has been seen in many public warnings about the snapping of different utility connections for non-clearance of monthly bills. The gas transmission and distribution authorities can ill afford to gloss over this imperative. In that case, the coming era of the use of LPG (liquefied petroleum gas) cylinders might remain haunted by similar horrors.