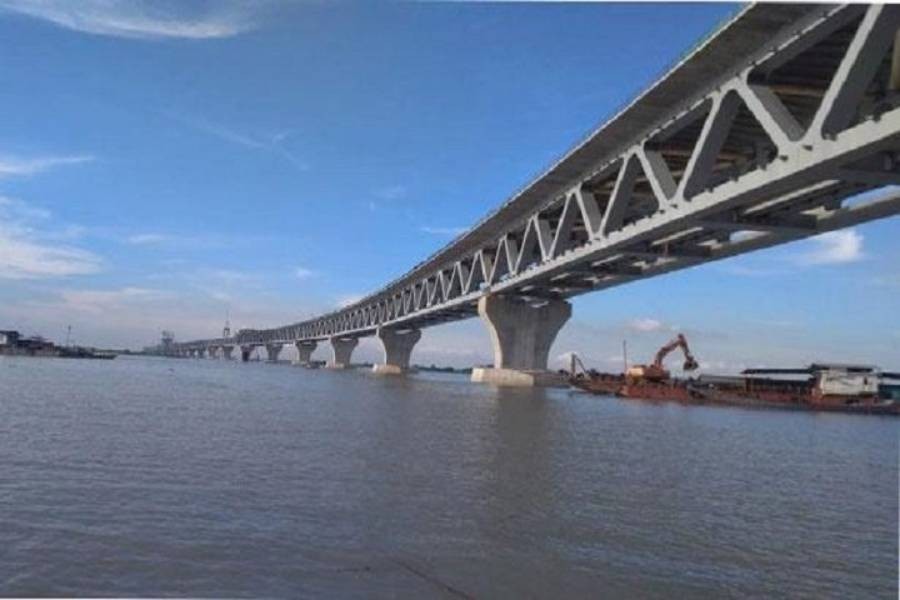 Today, the nation is going to witness a momentous event. It is the opening of the Padma Bridge by Prime Minister Sheikh Hasina. Doubtlessly, this is going to be a watershed moment marking a turning point in our national life. For building a bridge on the mighty river Padma has been a long-cherished dream of the people as it promises to bring the entire nation closer. But the challenges were enormous. There was the issue of finance to implement such a colossal engineering project. And there was also the question if an enterprise of this scale would deliver the intended goods once materialised.

Reassuringly, the experience of the Bangabandhu Bridge built earlier across another mighty river, Jamuna, was before us. Unfortunately, unlike in the case of Jamuna bridge project, financial support for Padma Bridge from multilateral funders proved to be difficult to come by. So, the road to realisation of the dream project was not smooth. The World Bank, which was the lead donor agency that initially came forward to finance the Padma Multipurpose Bridge project, made a complete volte-face at the last moment on the grounds of what it termed 'intended corruption', an allegation that later proved to be of no substance by a Canadian court. However, such initial obstacles could not dampen the nation's spirit. Undaunted, the prime minister went ahead with her decision to build the bridge, come rain or shine, and mobilised the country's own resources to that end. And, finally, the Padma Bridge which cost around Tk. 301.93 billion has been constructed.

The 3.82 miles long, close to 60 feet wide and 394 feet high concrete and steel structure is indeed a milestone in the history of the nation's various achievements.  The two-tiered steel and concrete truss structure with a four-lane road on its top floor for motorised vehicles and a single rail at the bottom for train is going to set many new records in the field of modern-day infrastructure building. Laying piles 390 to 400 feet below the ground is obviously one such record. In fact, no other bridge in the world is known to have had its piling done from such a great depth. Padma Bridge has a load limit of 10,000 tonnes and can withstand the impact, according to experts, of an earthquake of 7.5 to 8 magnitude on the Richter scale.

The Padma Bridge standing proudly straddling the two banks of mighty Padma is not merely an architectural wonder. It is also the pinnacle of the nation's pride and ambitions. How is this bridge going to benefit the country? Stretching from Mawa point in Munshiganj to Jazira in Shariatpur, the bridge will hopefully contribute 1.23 per cent to the country's GDP growth, while the GDP of south-western region will see a 2.3 per cent growth. So far, the river Padma has been a big barrier to the desired social and economic growth of the 21 districts lying on its other bank and beyond. The bridge has removed that barrier making it easier for investment to flow to those districts. Thus integrated, this part of the country will begin to make its due contribution to the national economy. The achievement of such a miracle has been possible, thanks to the visionary and bold leadership of the prime minister. For it is due to Prime Minister Sheikh Hasina's single-minded will to overcome all odds that the dream bridge could finally see the light of day.