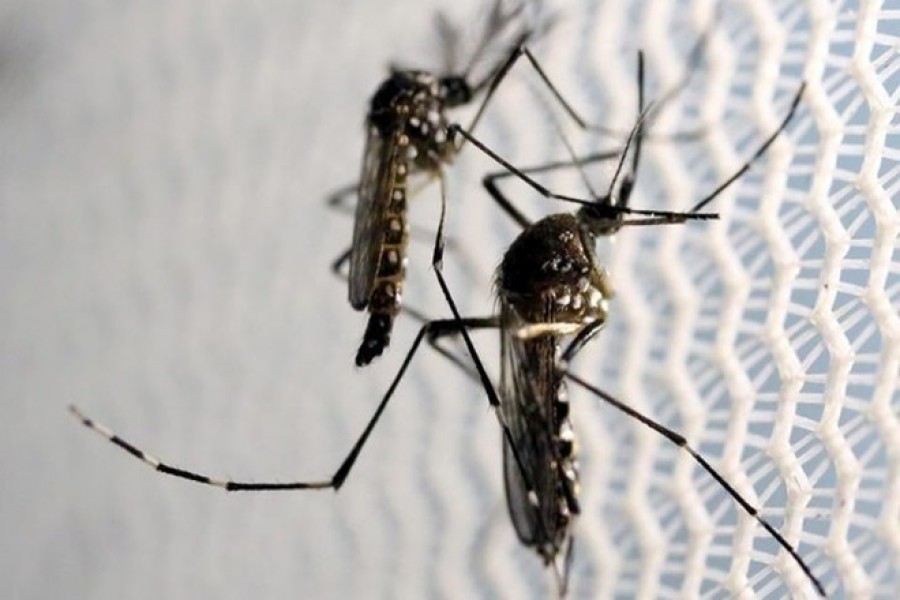 The fight for mosquito eradication so far has been a losing battle. It may not remain so if Mayor Atiqul Islam of the Dhaka North City Corporation has got the lesson from his visit to Miami Dade County right. At least he is confident that he has found the way out of the endemic problem of mosquitoes' proliferation beyond control. Citing the mayor's statement, the public relations department of the DNCC issued a press release on Saturday last to the effect that the mayor has realised how the method applied so far to control mosquitoes in Dhaka is inappropriate. There is a clear admission that the authorities here have applied a wrong method. It has failed to eradicate mosquitoes and in the process a huge amount of money has gone to waste.

Now on a visit under a programme of the government of the USA, the mayor leading a delegation of the DNCC was given a practical demonstration of the different dimensions of mosquito control by experts of the Miami Dade County. The emphasis on fogging to kill adult mosquitoes is misplaced; rather focus has to be shifted to larvae. Destroying larvae, the mayor learns, will be effective. Well, destroying larvae can surely be an effective way but is not rooting out the mosquito breeding grounds even better way of fighting the awful curse from the tiny insects? Well, in a messy city like Dhaka, not all breeding spots can be cleared for reasons understandable. In that case both larvicide and clearing of as many breeding grounds as possible are likely to be an answer to the problem. Then there are advanced scientific methods now either applied or under study that can be useful. Cytogenetic study of mosquitoes has by now developed male mosquitoes which when mate with their female counterparts do not produce eggs. This and there are other ways of neutralising mosquito breeding.

It is good to learn that the mayor has a plan to set up a laboratory for detection of different species of mosquitoes. He is also flexible enough to have the job done at a university laboratory if possible. Miami Dade County, the mayor informs, has 52 species of mosquitoes and the county is at risk of falling victim to different kinds of mosquito-borne diseases such as dengue, chikungunia and zika virus all through the year. But the county has successfully averted any such crisis.

The DNCC mayor has reasons to be optimistic about bringing about a discernible change in the fight against mosquitoes here as weather in Mimami Dade County and Dhaka are almost similar. He would make arrangement for video conferences between entomologists in Dhaka and those of the Dade County. This will help exchange the knowledge and framing of an action plan for eradicating mosquitoes in Dhaka. Well, experts here also can conduct a study on the life cycles of different varieties of mosquitoes and get the idea of limiting their breeding. So far as the Aedes genus is concerned, its breeding season and process are more or less known. What needs to be brought under scrutiny is how this dangerous variety survives in the off season. If effective programme can be taken against those ---and other genera --- at the time when they are most vulnerable, the programmes stand to succeed.

How not to fall into 'middle-income trap'