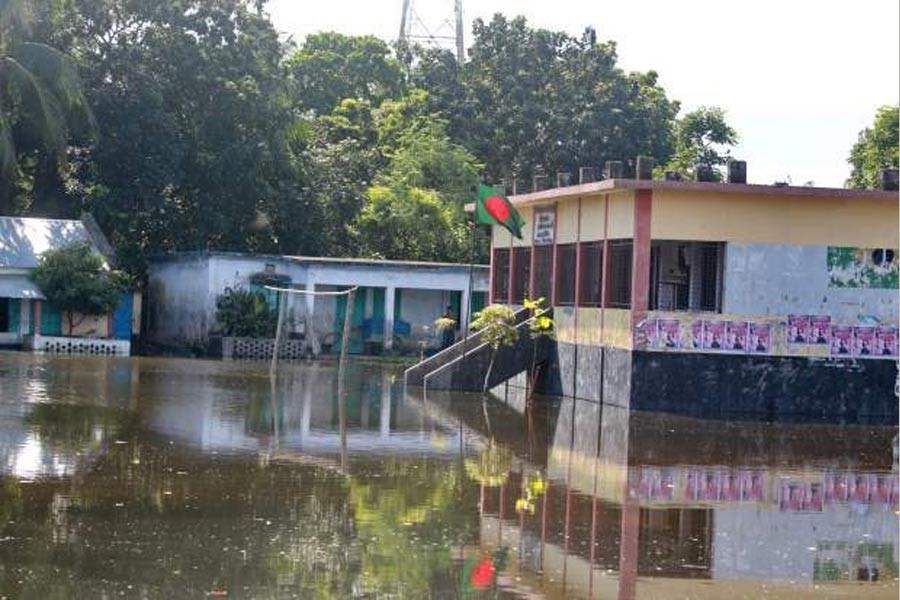 Now that the flood waters are receding from the northern and central regions of the country, the ravages wrought by three successive deluges within a month or so are getting exposed. The initial swelling waters destroyed cash crops along with staples only days or weeks before harvest in some areas of the north. Then the second wave of onrushing water swept away the already weakened poorly constructed houses and parts of roads. The process was further exacerbated by the third onslaught. Even where roads did not totally give in, those were severely damaged rendering them unfit for movement of vehicles. Clearly, the worst hit are those people who are unable to construct a modest but decent and strong building to live in. Whatever they could salvage from their crumbling huts or houses will not be enough for rebuilding their shelters on their return to their homesteads. Again, with the destruction of their crops, their vulnerability to hunger is likely to increase.

If this particular segment of people suffers the worst possible consequences of floods such as hunger and diseases - water-borne in particular, the disruption of communication network in the flood-hit areas will affect everyone - irrespective of the rich and poor - so far as economic recovery is concerned. When people's movement is restricted, business suffers. At a time when the threat of coronavirus is looming large, this additional peril will force people to compromise on many of the health protocols such as maintenance of physical distancing while travelling. Already there is a paucity of pure drinking water. People have to collect drinking water from submerged tube-wells from a long distance. Mostly people move from one place to another by boat but not everyone has a boat and such marooned people are at a disadvantage on many counts. In the absence of spontaneous voluntary services on a large scale, once a remarkable humanitarian community response in this part of the world, the support for calamity-stricken people has now become mostly a sole responsibility of the government and a few non-government organisations.

True, the government recognises this and it has spelt out in clear terms that the administration is fully aware of challenges coming from prolonged flooding. With the unemployment rising on account of long shutdown of many sectors and sub-sectors of the economy, the need for feeding more mouths than was ever anticipated is the reality of the day. The floods have only compounded the problem further. Now relief and rehabilitation of people badly affected by this calamity deserve prioritisation. The cards issued for unemployment benefit will have to cover such people as well at least for a few months until they harvest their next crop - staple or cash - depending on the local conditions.

At the same time the challenge of restoring the snapped road communications has to be taken up in all seriousness. Once the water recedes, roads have to be repaired or reconstructed as soon as possible but in comparatively lower areas where water stagnates, it has to be diverted by means of hydrodynamics for the purpose. The restoration of road communication will help speed up the recovery of both local and national economies.