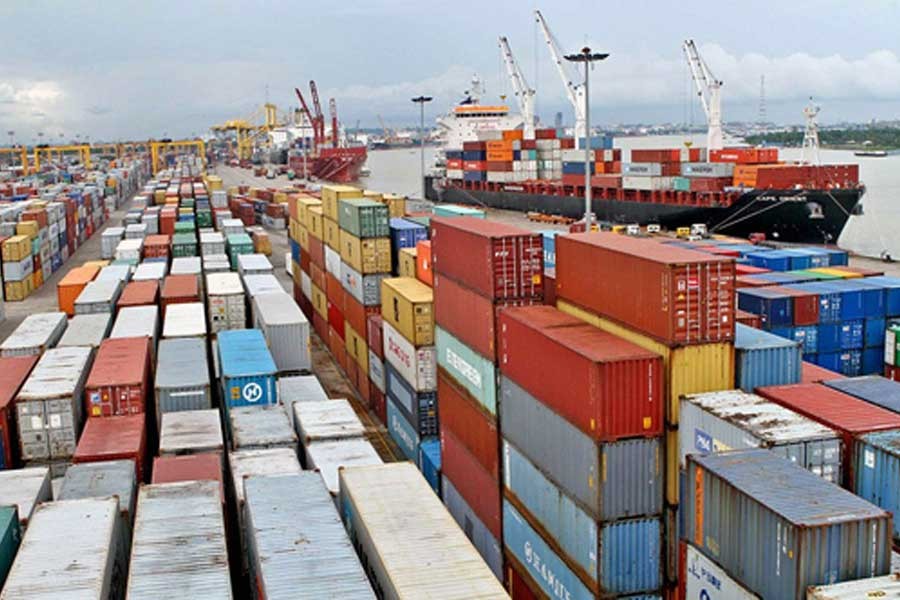 Considering the importance of the main gateway of the country's external trade, the need for improving the Chattogram (Ctg) seaport's operational capacity cannot be overemphasised. The drastic fall in the Ctg port's cargo handling capacity during the recent Eid holidays is a case in point since as many as 19 container vessels were learnt to have been waiting at the outer anchorage for lack of berthing space at the port. As reported in this paper's May 6 issue, the shipping jam compelled some container vessels to wait for days together before they could berth at the port.

Against this backdrop, it is reassuring to learn that as part of the government's plan to procure advanced cargo handling equipment, two key gantry cranes and three Rubber-Tyred Gantry (RTG) cranes have reportedly been brought to the Ctg port for installation. The Monday's issue of this paper further reports that similar such cranes are going to be added to the port in the near future and by June next year some 104 pieces of such container handling equipment are going to be procured for the port. Obviously, these additional cranes will increase the cargo handling capacity of the country's principal port. And with faster loading and unloading of container ships, the waiting time of vessels at the port would be considerably reduced. It is believed that once operational, these heavy-duty lifting machines will be able to reduce a container vessel's turnaround time, which is now, according to an estimate about 60 hours, by 24 hours.

Having said that, one needs also to consider that with the country's upgrading to a middle-income economy, the Ctg port will be required to undergo a qualitative increase in its mobility. At its pre-pandemic level of operation, the Ctg port was for the first time able to handle more than 3.0 million TEUs (twenty-foot equivalent units) of containers. But after a drastic fall in pandemic-time operation of the port, it regained its position and last year (2021) it handled more than 3.2 million TEUs of containers. At this level of operation, the port now holds 67th place, according to the Lloyds List of 100 busiest ports. This undoubtedly marks a considerable improvement in the Ctg port's cargo handling capacity compared to its past performance. Even so, there is hardly any room for complacency. For an overall improvement of a port's efficiency involves expansion of its storage facilities, an increase in the number of berths and, of course, addition of more cargo handling equipment including cranes. With such facilities made available, the Ctg port's potential as a regional maritime hub will no doubt increase manifold. It is worthwhile to note at this point the Bangladesh government's recent offer of using the Ctg port's maritime facilities to India.

So, to become a chosen port of call, the country's leading port will have to acquire all the salient features of a modern seaport. At the same time, it has also to take note of the fact that to reduce cost per TEU and thereby enhance share of profit, modern-day shipping lines are going for larger ships as well as containers which helps them to take vantage of the economy of scale. In that case, for the country's chief port to remain competitive, adapting to the fast-changing outlook of the global maritime transportation is now the imperative. Hopefully, the authorities concerned are alive to such developments taking place in the field of global maritime trade.