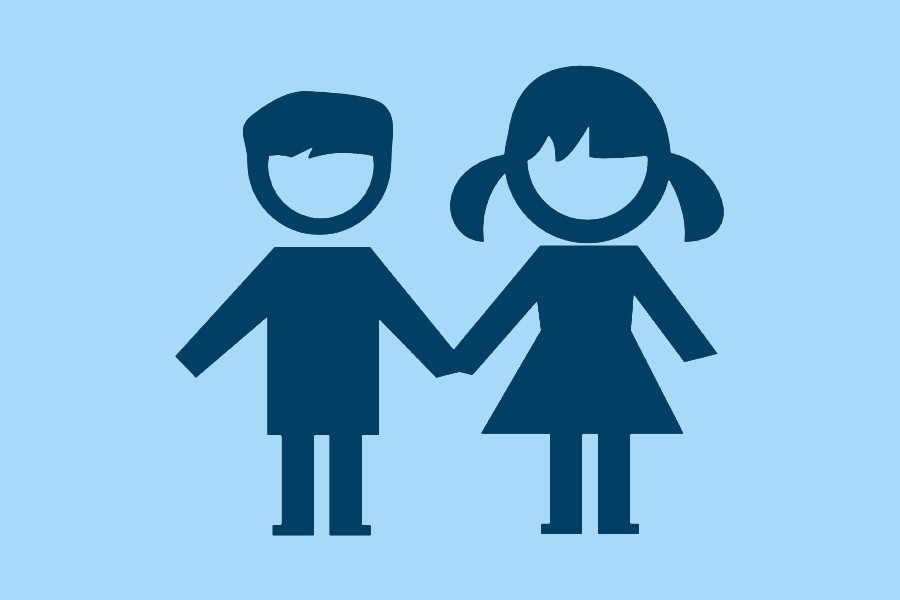 Reports on child nutrition until recently were exasperating, to say the least. The litany that malnutrition and stunting held back a large segment of children's physical and mental development marked most such reports. Now the Multiple Indicator Cluster Survey (MICS) 2019 conducted by the Bangladesh Bureau of Statistics (BBS) and the United Nations Children's Fund (UNICEF) makes a bold claim that chronic malnutrition among children has declined sharply over the past seven years (2013-19). In 2013 chronic malnutrition, as measured by stunting levels, was 42 per cent but fell to 28 per cent in 2019. Judged by the percentage point, the achievement of 2.0 percentage point each year is not bad but is it impressive enough to be noted? At any rate, however, a country that has made impressive gains in food production and diversification of crops including artificial breeding of fish, the prevailing chronic malnutrition of 28 per cent among its children is quite disconcerting. Mind it, out of 100 children, 28 will have no normal healthy physical growth being exposed, on top of it, to attendant ills.

The survey also notes positive developments in areas of water, sanitation and hygiene. Greater access to safe drinking water and toilets is indeed a most welcome development because these can help both adults and children avoid some of the diseases that break out seasonally and take a heavy toll on child health and erode family incomes. That the child mortality under five years of age could be brought down significantly has been extolled by world bodies but ensuring healthy growth of children is the greatest challenge. One of the reasons was obviously poverty in families and the other was lack of sanitation and hygiene. Thanks to the initiative taken by a number of non-government organisations to sink shallow and deep tube-wells and distribute sealed latrines at a nominal price under different programmes, there has been a sea-change in health and hygiene. However, the habit of food intake and preparation still suffer from inaccurate knowledge. Some leafy and root vegetables available are ignored or spoiled by overcooking. Even on dining tables of the affluent balanced foods may be perennially absent.

When the issue in question is stunting, both inadequate and unbalanced foods may be responsible. But at the same time regular deworming is a routine few parents follow. In that case, children may not get the nutrition from even adequate and nutritious foods. The problem is further compounded by adulterated foods or crops treated with chemicals. Instead of getting sustenance children are exposed to risks of developing various diseases.

So far as child health is concerned, selection of foods for them matters most. If they are served diets inappropriate for them like fast foods and artificial beverages, instead of doing good these may cause them harm. The other side of malnutrition is obesity on account of overeating and intake of regular fast foods and beverages. There is a need for balanced diet not only for children to ensure their healthy growth but also for the adults to maintain good health. Simple awareness of and preference for the right kind of foods can go a long way in making a healthy nation.

Addressing both macro and micro economy

Prudent use of stimulus money imperative