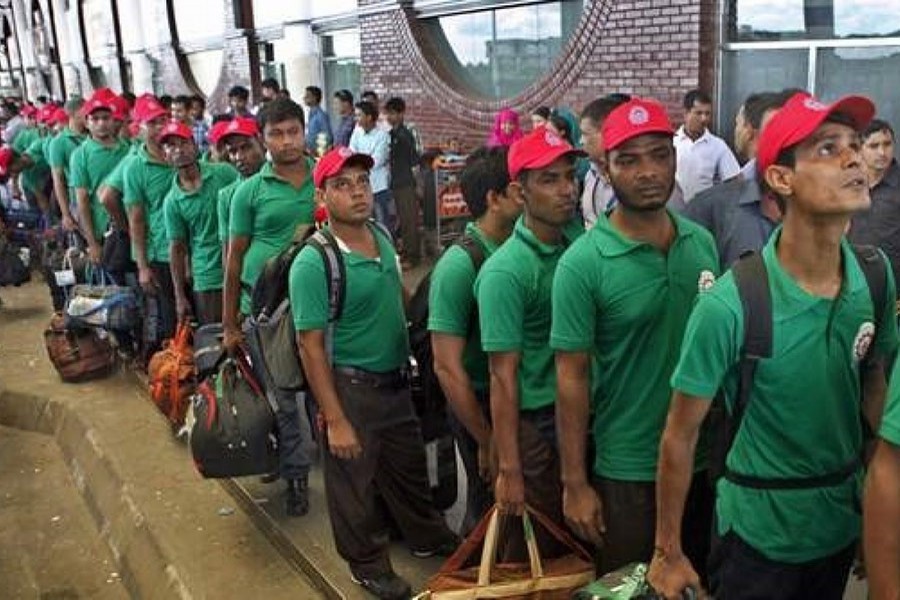 Amid the unsettling of oversees job markets, new concerns have arisen over the youths seeking employment abroad as well as those migrant workers who may lose or have already lost their jobs in their overseas pandemic-hit host economies. Some such apprehensions are substantiated by a recent report of shooting to death of more than two dozen Bangladeshi youths by human traffickers at a transit camp in Libya. The stories of those victim youths who were lured into such death traps with the promise of good earnings in advanced economies of Europe are too familiar. As told by UNHCR, since 2014, some 2.0 million job-seekers crossed the Mediterranean Sea and of them about 19,000 died in accidents on the way. Though the recent Libyan incident strongly points to the possibility of some of the UNHCR-reported foreign job-seekers being Bangladeshis, its statistics, however, do not give any idea of what percentage of the victims might have been from South Asia or more specifically, from Bangladesh. But that such a possibility is not unfounded is further corroborated by a recently-held study by a local NGO that found 619 Bangladeshi youths having been arrested since January this year during their illegal attempts to travel to Europe in search of so-called dream jobs.

While the prospect of job loss among migrant workers mainly in the recession-hit Middle-Eastern, Southeast Asian and European countries is an issue that concerns all migrant-labour exporting nations including Bangladesh, those in the highest policymaking body in our government should waste no time in framing a national strategy to deal with the emergent post-covid-19 problem of thousands of returnee migrant labourers as well as the locally-generated fresh army of workers. The aim of the exercise would be to rehabilitate those many thousands of youths through various income-generation activities as well as organise skills training for others in order to groom them for new kinds of job opportunities that may open up in post-pandemic situation in the overseas destinations.

Needless to say, to run these types of programme, the government will be required to earmark substantial amount of funds as the number of such returnee and deported migrant workers, going by report from diplomatic sources, from a single major Middle-Eastern manpower importing country may cross a million. So, in the coming days the nation may have to brace for even greater challenges than now. However, even as the activities to rehabilitate these jobless migrant workers as well as others would be in place, diplomatic efforts should be on with the host governments overseas to protect as many jobs of expatriate workers as possible.

Hopefully, these measures would help lower the risk of the erstwhile valuable contributors to the national economy from turning overnight into a national liability, while at the same time, their involvement in self-earning activities would considerably reduce the danger of some of them being deceived by human traffickers. The measures to socially rehabilitate migrant as well as other workers, however, do not preclude the larger role of the law-enforcers in the matter. So, the ultimate success of the campaign against our youths being trapped by traffickers hinges largely on how effectively the law-enforcing agencies are able to combat the menace and the potential victims are sensitised against the wily methods of the perpetrators.

Behind the collapse of rawhide and skin prices

Celebrating Eid-ul-Azha in its real spirit