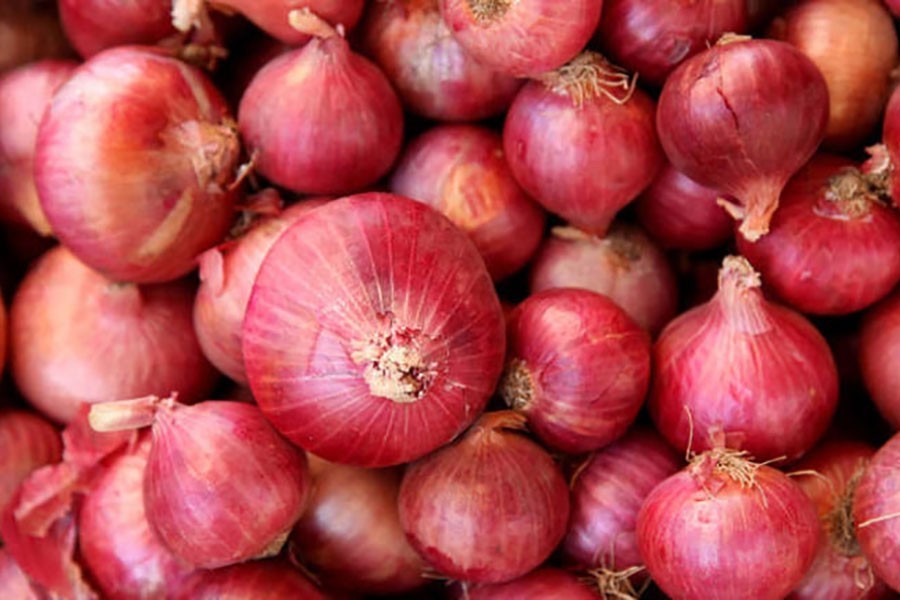 Onions came to the news for the umpteenth time. In Sunday's Financial Express, a new trait of thieves concerning the common spice has come to the focus, adding a new item to the crime statistics of the Bangladesh Police. Onions were being stolen from the fields even at their premature stage. Four northern districts in the Barind Tract were mostly affected. The Department of Agriculture Extension (DAE) has come forward with what they could do best: suggest farmers to guard their fields at night. They have even built temporary watch huts so that this spice-vegetable was saved. December's first week is too early to pick the produce. Onion, either mature or pre-mature, will ultimately end up in the market for human consumption. It is the extent of human consumption that created the recent brouhaha over onion. And this consumption penchant is drawing the early yield at their premature stage to the market chain. If one adds the existing problems of onion production, the theft of the premature type has added to that unwelcome list. Low-quality seeds and shortage of proper manure are among the present troubles. The Rabi season is the most important for onion farming. The pre-mature clearing of the fields not only takes away the inherent charm of the vegetable-spice, but also threatens future market prices and production, all building up to another crisis like this year's.

Onions are grown all over the country amounting to a total tonnage of nearly two and a half million. With the country's demand overshooting that by a million, there remains a large import portfolio. Neighbouring India meets up a great portion of the shortfall. However, this year bad weather hampered the Indian harvest, leading to an export ban by that country. Now Indian consumers are suffering like the Bangladeshis. It is encouraging that the government has taken drastic steps to open new doors of import, from Egypt, Turkey and Myanmar. Some Commerce Ministry officials are staying abroad for weeks to finalise import deals. Already some of the cargo has arrived and gone to the market. The Trading Corporation of Bangladesh (TCB) is to be thanked for its initiative to sell imported onion direct to the consumers.

While the DAE's early steps will be welcome by everybody, other government agencies need to step in. The police with the help of executive magistrates need to patrol the potential spots of pilferage. Local people's representatives can form committees to guard the more vulnerable ones. A new law can be enacted to punish onion up-rooters with more serious punishment than the existing usual degree kept for ordinary theft. It seems the police have to add onion up-rooting as a new item of punishable offence. One problem is that the Bengali palate is not satisfied with imported onion in all food preparations. Housewives prefer home-grown variety for particular types of culinary art. It explains why the home-grown type is costlier than the imported ones. It underlines the need for protecting the Barind crop so that no new crisis crops up in the coming days. Besides, the TCB must be always on its toes after this year's lessons.