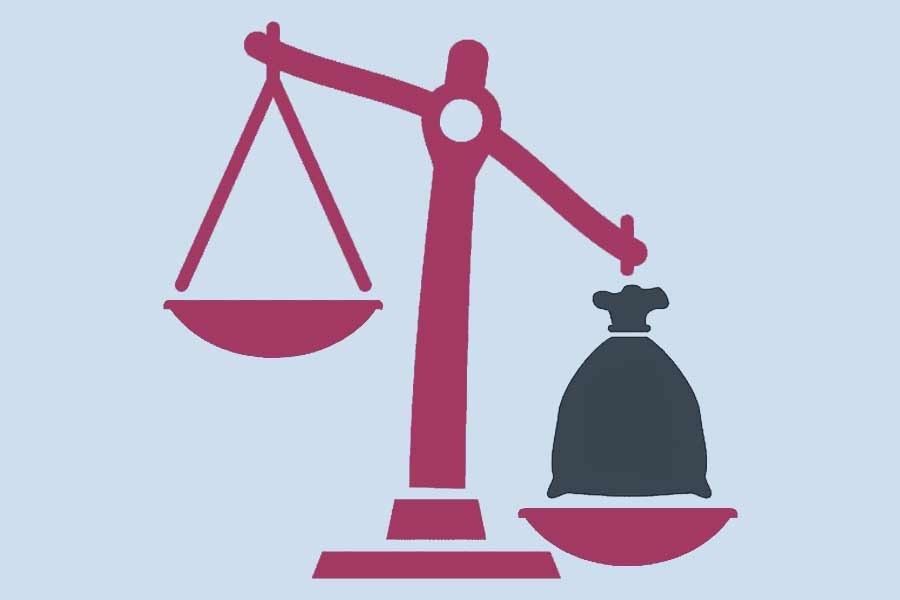 The country's soaring current account deficit triggered by robust import growth in the current fiscal has reasons to warrant unease. Although, as of now, economists do not consider it too worrisome given the need for import of primary, intermediate and finished products following the sluggish import trend during the peak pandemic times and the reasonably sound forex reserve the country holds to pay import bills for around six months, it is the Sri Lankan syndrome that lurks as a grim caution to avert any untoward happening.

Bangladesh's current-account deficit has hit an 'all-time high' at $14.07 billion due to widening trade gap coupled with lower remittance receipts. The country's trade deficit reached nearly $25-billion mark in the first nine months of the current fiscal year. Imports leaped meteorically during the period following higher imports of fuel oils and industrial raw materials. The trade gap with the rest of the world increased by nearly 64 per cent to $24.91 billion during the July-March period of current fiscal, from $15.22 billion in the same period of FY'21. During the period, import expenses soared around 44 per cent while export earnings recorded a nearly 33-per cent growth. The overall import cost stood at $61.52 billion in the July-March period against $42.77 billion in the same period a year ago while export earnings rose slower to $36.62 billion from $27.55 billion.

The country's import payment obligations have also increased significantly in the recent months as the overall economic activities have fully resumed after more than one-year of Covid-induced sloth. Although this is a situation common to most countries, for Bangladesh, containing the situation is a top priority at the moment. The recently taken decision by the BB to impose mandatory LC (letter of credit) margin on a number of products, tightened further this week by raising it to 50 per cent in order to discourage unnecessary imports, appears to be well thought out. However, it may need to be supplemented further by other fiscal and monetary tools. Since there is no quick short-cut to raise exports to offset the rising cost of imports, economists suggest that following cautious monetary policy instead of the existing expansionary monetary policy may help address the situation. Meanwhile, they opined that some dynamic export-facilitating measures might also pay in the long run. There is also the need to monitor and prevent mis-invoicing in both export and import operations. In fact, over-and-under invoicing has often been found as an unregulated phenomenon despite repeated cautions from different quarters.