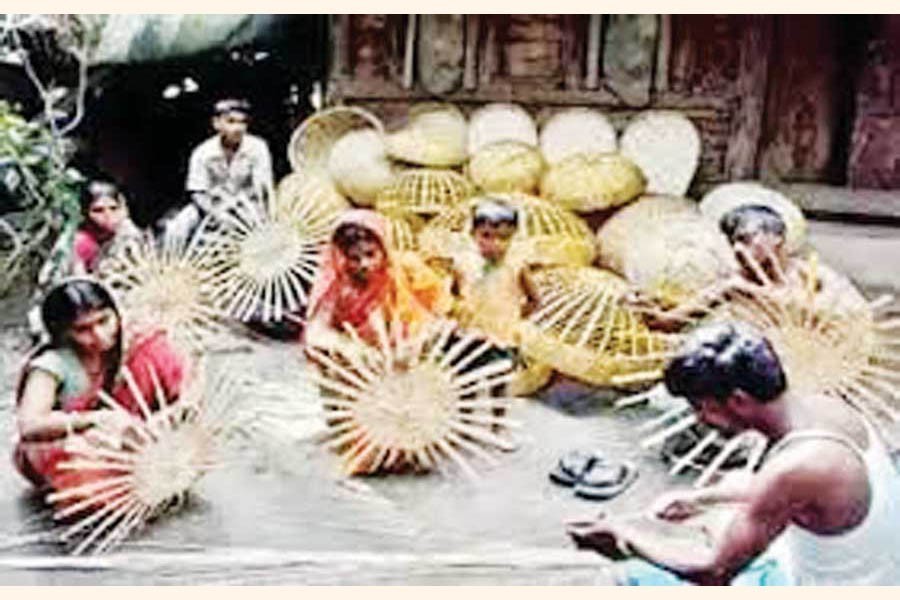 The launching of the credit guarantee scheme by the central bank for  cottage, micro and small (CMS) enterprises allowing banks to issue up to Tk 5.0 million in collateral-free loans from the stimulus package is no doubt a very timely move. A Bangladesh Bank circular issued last week said guarantees against loans to small businesses ranging from Tk 2.0 million to Tk 5.0 million would be covered under the scheme. As noted in the circular, banks can issue guarantees only against the loans which will be sanctioned under the stimulus package that the government had announced earlier for CMS entrepreneurs. In addition to the applicable interest, the scheme also allows banks to charge CMS enterprises the guarantee fees that the central bank would receive from the banks. For the first year, the charge will be 1.0 per cent of the loans that would be guaranteed by the central bank. There are, however, some conditions as regards banks having non-performing loans (NPL) -- in that banks with more than 10 per cent NPL will not get access to the credit guarantee scheme. State-owned banks are exempted from the NPL-related conditions.

It may be noted that following the announcement of the stimulus package for CMS enterprises, relevant quarters, including economists and analysts, were worried that the benefits of the package may not actually reach the target group, as it is the 'bank-customer relationship' that while playing the decisive role in dealing with loans might deprive these enterprises from benefiting from the government-announced package. There was thus a strong feeling that unless access to loans by CMS enterprises is significantly eased, the objective of the government to reach out to these firms may not succeed. The BB circular is thus an intervention in the right direction, though its success would largely depend on appropriate monitoring. BB officials are reportedly optimistic that the credit guarantee scheme would be adequate to issue guarantee to CMS firms against working capital loans amounting to Tk 83.20 billion (8320 crores).

It is pretty well known that lending to small and micro enterprises is considered a risky proposition by financial institutions due mainly to their unstructured and low equity position, narrow product mix and limited marketing ability. They also lack collateral that most banks consider critical for any sort of loan exposure. It is here that credit guarantee can do away with a lot of problems for banks as well as loan-seekers. In fact, credit guarantee scheme is an apt mechanism to facilitate banks to enter the unchartered territories of small businesses that can further boost financial inclusion and spur economic growth alongside generating a sustainable revenue stream.

In the pandemic-induced situation that saw the country's CMS enterprises suffer miserably, utilising the stimulus package meant to help them ride out the crisis is supremely important. The BB circular would hopefully be a key tool in this regard.

No hasty decision based on evolving trends