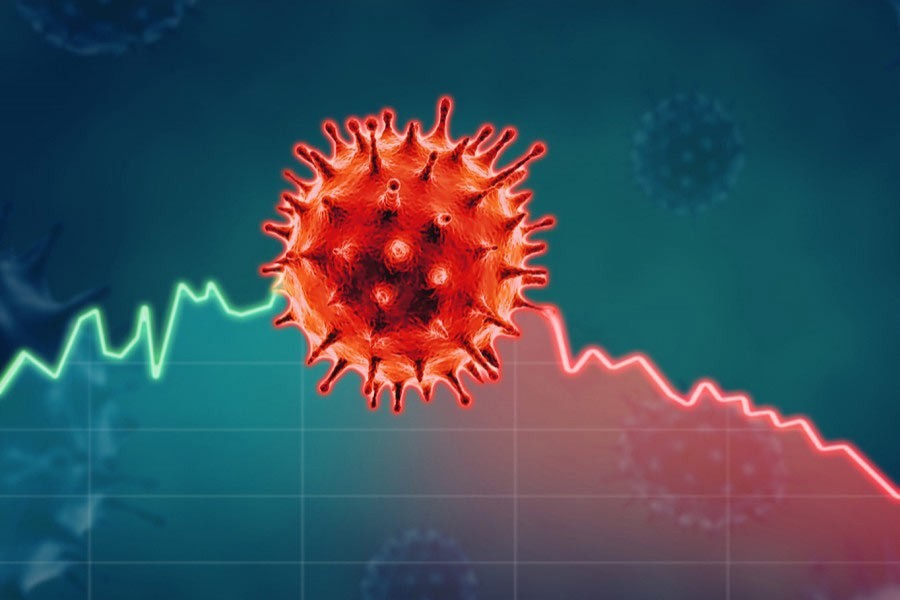 The Covid-19 pandemic has hit the economy hard. Although there are some positive signs here and there, the overall situation remains not too encouraging. Officially over a quarter of a million people have been infected with Covid-19 with over three thousand deaths. If unreported numbers are added, both figures would go up. A whole range of industries, big and small, and services have been flattened. The government was quick to come up with a large package of incentives as soon as the pandemic was officially recognized. It was possible because in the preceding years the country was making tremendous progress in terms of growth in the Gross Domestic Product (GDP). Indeed, Bangladesh ranked among the top few in expansion, and with foreign remittances and earnings from the readymade garments (RMG) sector increasing till March this year, the government had money and confidence to announce the said package. Amidst this a reasonably good budget was also presented under very trying circumstances.

And yet there remains a yawning gap in the health sector. Its weakness was exposed at the earliest. The systemic fragility in the sector included unavailability of skilled manpower, inadequate monitoring, pitiable condition of the public hospitals, lack of coordination among the various wings and above all dismal state of governance. If the pandemic had not come, people would not have known the extent of corruption and mismanagement that existed in the health sector. It seems the contagion has given a chance to rectify the ills.  The RMG sector has been hard-hit. With international buyers declaring a moratorium on their orders, several factories closed with hundreds of thousands of workers laid off. They had no earnings and chose to return to their village homes. Then an ill-conceived plan to reopen closed units after a couple of months created a rush towards Dhaka from all over the country, which misfired and created a tragedy of sorts for the poor workers. Much later, many units really reopened; and although confidence has not come back, the latest figures show an appreciable amount of earnings. However, everything will depend on the Western nations for Bangladesh's export earnings. If their economies continue to shrink, that will be bad news. The single largest net money-earner from outside, i.e., foreign remittance, is faced with uncertainty. With the Middle-eastern countries shutting the doors of most workplaces, many Bangladeshi workers will have to come back; and indeed, many already have.

Among the positives, many young people have chosen self-employment. This paper carried an item last Saturday that many are becoming entrepreneurs through online business. Daily essentials ranging from mustard oil to fish, from clothes to perfumery and meat, and small gadgets are now all available through online orders, Facebook playing a vital role here. On the other side, scant attention was paid to those engaged in micro business, most of it in the informal sector. None has any narrative or count of what they are doing now. These people needed direct government coverage under the social safety net. It is hoped that they will overcome the storm. Development partners have all come forward with pandemic-related assistance. Another positive turn has been that ship arrivals at Chittagong Port recorded a rise in the month of July last. This indeed sounds encouraging given that the Port was finding it hard to clear stockpiled containers in the previous couple of months.

Now the policymakers, think tanks as well as the people need to work together. More economic activities come as a silver-lining for those whose dreams have been shattered by the pandemic. The positives when put together may not work out to a steady pattern as yet. When these do, a pathway to a solid turnaround will have been laid.