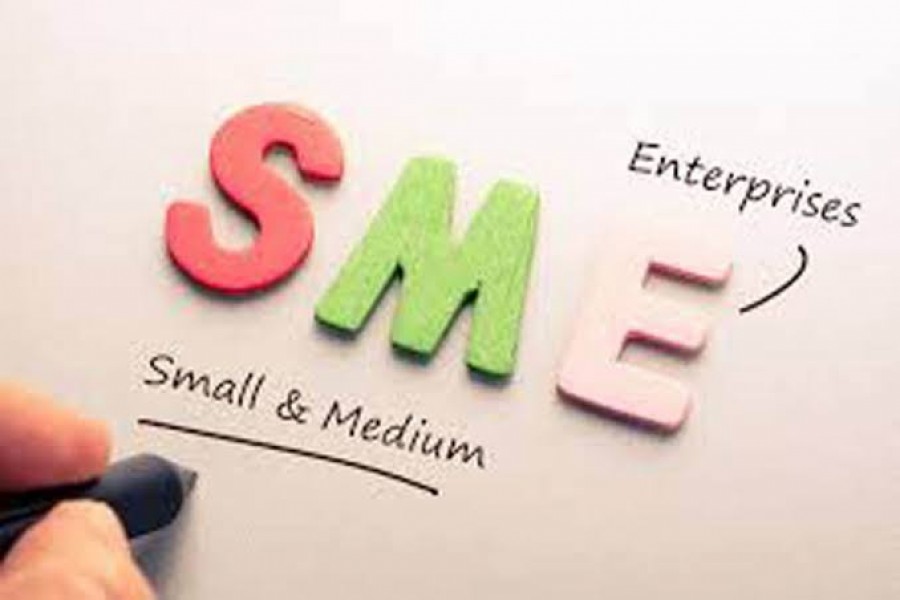 The SME Foundation has been one of the noble efforts of the government in spreading employment and industrialisation around the country. Although a little behind China and India, but far ahead of Pakistan, small and medium enterprises (SMEs) account for 80 per cent of all enterprises in the country. Its total contribution to the GDP is around 20 per cent, but the employment ratio is more impressive than that. Against this encouraging backdrop, results of a recent study carried out by the Bangladesh Institute of Development Studies (BIDS) published in the Financial Express last Saturday cannot but sound somewhat depressing. Headlined `Fund crunch tying hands of SME Foundation', the item all but points to the abandonment of the Foundation as a tool for industrialisation. The BIDS report came out with figures that while the Foundation's net income was down by 13 per cent, its expenditure was up by 12 per cent. Starting with a government donation of Tk 2.0 billion, the Foundation could have progressed more and provided a shinier picture. It is understandable that pay-rise of the employees over the years has impacted its growth. Besides, recent decrease in interest rates may have held up increase in the total usable earnings of the Foundation.

The Bangladesh Bank has been driving force and mentor behind the SME sector. In 2017, the total disbursement to the sector was over Tk 1.6 billion. The amount has grown over the past two years. One of the central bank's major directives has been to ensure and earmark 20 per cent of the loan portfolio for the SME sector. Every scheduled bank has an SME desk dedicated purely for the sector. Women have been on the central bank's high priority list for consideration. Against all these incentives, the data coming from successive SME fairs as noted by the BIDS study appears not encouraging. Year-on-year, the income has decreased, a depressing trend considering the government's seriousness and encouragement for the sector. The annual Fair organised by the Foundation earlier this year gave mixed signals. Although many of the participants interviewed spoke of benefits, there was also mention of inadequate pre-campaigning, high participation fees, and poor management and security measures. The timing was also not suitable to many. Taking everything into consideration, the study suggested restructuring of the Foundation.  Despite having an awareness programme, women participants were not very happy. The Foundation on its part blamed lack of fund, citing its decreasing financial strength.

Apart from the SME Foundation, the banking sector could, and indeed has, taken serious steps to work in tandem so that the SME sector, the country's highest employment provider, is kept healthy. The Bangladesh Bank has the` Agent Banking Scheme'. Although banks show big figures, there is a persistent claim that all loans do not end up with real SMEs. This has to be seriously gone into. If money earmarked for the SME sector goes to wrong hands, like other credit facility of the commercial banks, then it calls for serious introspection as to where the sector is headed to. As for the SME Foundation proper, the government can ? and is capable of doing it ? raise another Tk 2.0 billion as permanent deposit for the organisation, thereby making allowance for a total of four billion. This would allay its fund crunch fears. Besides, restructuring must be undertaken immediately, as suggested in the study. Organisations built and nurtured over years through efforts and funding cannot be allowed to stumble. They must tie with the banking sector for an overall reform.