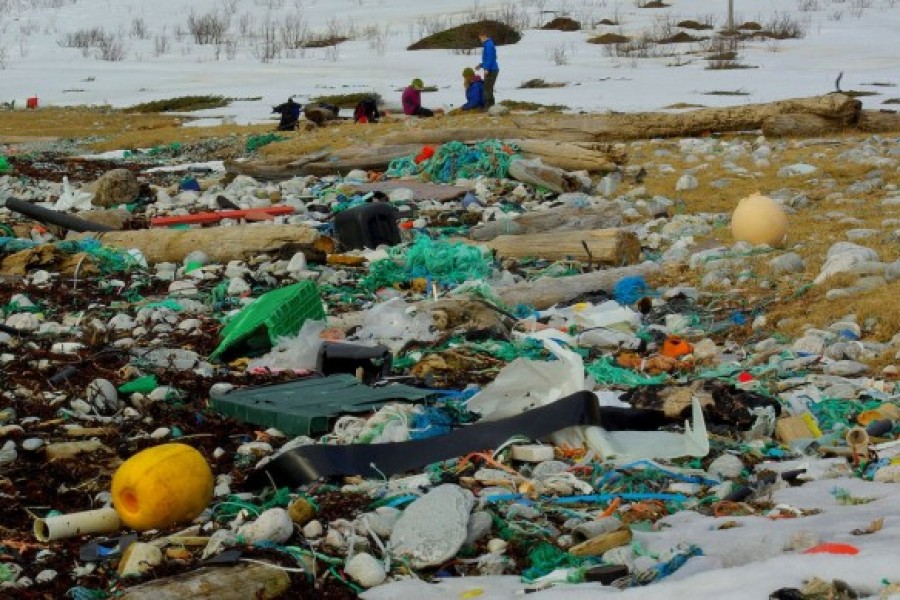 Banning single-use plastic products is highly challenging, no doubt but the challenge has to be accepted in the interest of survival of human beings and other creatures either on land or in waters. Environmentally most vulnerable, Bangladesh also needs to make its option clear in favour of plastic and synthetic materials that are indiscriminately littered all across the country. During the hearing of a writ petition submitted by 11 non-government organisations to a High Court (HC) bench, the HC has ordered the authorities concerned to prepare the ground for imposition of such a ban. In the next hearing a year later, the respondents have been instructed to inform of the progress made. By 31 December 2022, single-use plastic products have to phased out completely. In the meantime, substitutes will have to be developed.

It is not for nothing that the HC has granted two years' time for doing away with one-time-use plastics. Involved here are industries and businesses which have become dependent on this type of plastics. India retracted from its decision to impose a ban on six such items. Plastic bags, cups, plates, small bottles, straws and certain types of sachets were on the list but those have been exempted considering the adverse impact on certain industries and their employees at a time of economic downturn. Bangladesh will face similar problems unless preparation is taken from now on for enforcement of the ban. Sachets made from multi-layered packaging cannot instantly be banned because those will disrupt supply of bread, biscuit, salt, milk and some other essentials. However, the ban on polythene bags is there and the product's use is illegal. Quite rightly, the HC has asked the government to enforce the legal provision. On this count, its order is straightforward - not only will market monitoring have to be carried out but also factories closed down and machinery confiscated. Indeed, the source of polythene bags has to be plugged. Similar action may be taken on Styrofoam.

Bangladesh enjoys the advantage of developing ultra-thin bag from jute, which can more than rival the poly bags in thinness, durability and endurance stress. Most importantly, it is environmentally degradable. When some economic sectors need water-resistant materials for wrapping and packaging, the newly developed sheet of jute can easily replace polythene sheets. Biscuit, salt and milk can have environmentally friendly package if this jute sheet is further improved. At a time when jute mills are turning losing concerns and workers and employees are not receiving their wages, the government itself should go for commercial production of the jute poly bags or encourage private entrepreneurs to get into the job.

Already 100 million tonnes of plastic has been dumped into the oceans of this planet because its waste has grown into an epidemic proportion. It has threatened even the lives of sea and river creatures. Bangladesh has allowed unregulated growth of the plastic industry. Because it is cheaper than its counterparts, its use has been random and indiscriminate. Polythene staged a comeback because of its cheaper price and handy use. If jute poly bag is produced on a large scale, the price will come down. But plastic has no such substitute yet. Research should be carried on to find a substitute from jute.