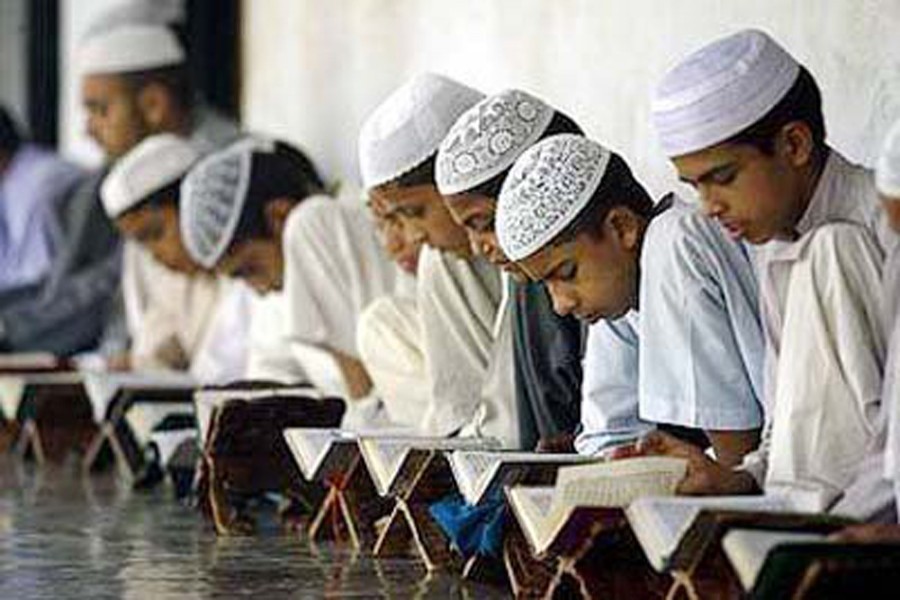 By all sights and sounds, potential for enrolment in Madrashas has been there because of the religious sentiments peaking in times of stress and strains. Whilst dropouts were reported from pre-primary and primary education streams - unofficially; let alone, the senior classes who simply broke up into microcosms of corralled introverted lives. The community feeling ebbing away through the distancing requirements. A measure of creativity that must have been tried out alongside the general pursuit of life whose unfamiliar dimensions were too overwhelming to brook.

As it is, all educational institutions were theoretically considered vulnerable to Covid infection, or at least by the norms of social distancing the adolescents had better stayed put in their households! Although youngsters were  not to begin with regarded as  sitting ducks to the free wheeling contagion, they were too delicate to be risked at the altar of a scowling pandemic. As a matter of fact, there have been sighs and moans experienced in different quarters over the stupendous loss of classroom instructions to the caprice of the demonic evil. Online education could hardly be a substitute for rapport building and instructional atmospherics to let off the steam and help keep their wits about them. In fact the insidious environment made the youngsters lose their equilibrium, even though some of them made  innovative use of their time.

In this context, it will be worthwhile to identify  the deep scars etched on their minds and try to heal them out of the mental woods some of them must have strayed into without the benefit of proper guidance  and counseling. They must now grab with both hands every opportunity that presented itself to enrich their mental horizons through the spirit of inquiry, active research and competitive zeal. There are tides in the affairs of a nation just as we are experiencing now in the splendour of the new vista opening before us through the gateways of the Padma Bridge.

A study carried out by the Brac Institute of Educational Development has shed light on an unfolding dimension to pre-primary and primary education level admissions. Still narrowly calibrated and typical of a context, BBC Bangla service has flagged this off on June 24, 2022 revealing admission rate to pre-primary and primary levels at 62.7 per cent and 96.2 percent respectively in 2020. In 2021 the figures declined to 49.6 and 93.6 respectively.  In other words, during the Covid pandemic, admissions to general pre-primary and primary levels witnessed a reduction. The reasons are not far to seek. Here in the Madrashas they could stay as though in a 'quarantine'. So the risk factors were allayed as the pupils were kept in a disciplined atmosphere with lessons being imparted on a regular basis. Madrashas to a large extent were residential facilities promising upkeep also.  Moreover, all schools were shuttered down for a year and a quarter; yet towards the end, the largely self regulated, Madrashas were operational in an ongoing off-going manner. Parents avoided drop-out of their children availing themselves of the opportunity to put their wards in a regulated environment.