A 'happening year' for RMG 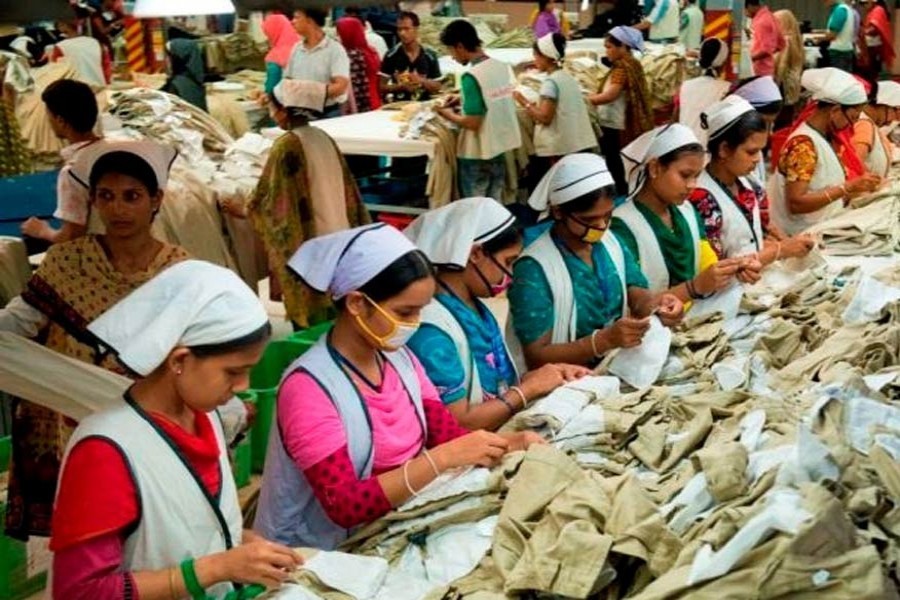 The Readymade Garments (RMG) sector has come to news with some mixed signals. A report in the Financial Express on the first day of the year told a lot about the sector's ups and downs in recent times. While, the first part of 2019 has been good, the later part of the year saw some downturns in export earnings. The US, EU and Canada have remained the main destinations for our products, while other countries like China and Vietnam have diversified in all aspects. Our products have been cotton-based mostly, calculated at being nearly three-fourths the total yield. Five items like trousers, t-shirts, sweaters, shirts and jackets constitute nearly three-fourths of Bangladesh's total RMG exports. All these signal the need for diversification. For instance, China has made "techwear", items that are made of special fabric and are water-resistant, helps breathability and increases comfort. A Centre for Policy Dialogue (CPD) study found more or less the same thing, pointing to the pre-dominance of cotton-based products. It also brought up the issues surrounding the garments sector throughout the whole year in 2019. Its labour cost is still the lowest among the competing countries. In human capital index, Bangladesh once occupied the third position among the big four in garments sector, even surpassing India.

However, there is an adverse side to all these. A combination of competing countries has been fighting Bangladesh not on export issues, but trying to undermine it citing its record on labour rights and related matters. The country must guard against it and focus upon its truths on the international forum. It must also work at home to improve things so that it gets a clean chit from the outside world. Our record since the Rana Plaza disaster has been mixed. The international consortium of Accord was here for a couple of years, looking after the related issues of workers' rights and working environment. Then there was the Alliance, which folded up a year ago. A lot indeed remains to be done. Among the four big garments producers, Bangladesh lies behind the remaining three of China, India and Vietnam in timeliness of shipments. Vietnam's progress is eye-catching. It even has surpassed China in matters of human capital index. So there are issues that have to be solved at the Bangladesh end.

The President of the Bangladesh Garments Manufacturers' and Exporters' Association (BGMEA) Dr Rubana Huq summed up the sector by saying that 2019 was a `happening year' for the sector. The BGMEA president mentioned both positive and not-so-positive indicators. The formation of the 'RMG Sustainability Council' (RSC) is a positive development. Indeed sustainability is the core issue. While established houses have expanded, many factories folded up to October 2019, making a job-loss of nearly 30,000. At the same time new units have been established that could create 50,000 jobs. Taking everything into consideration, 2019 appears to be an `in and out kind' of year. The government must step in to help the sector with infusion of more facilities. The BGMEA's demand for single-digit lending rate deserves immediate implementation. Top management of the important banks have already agreed to it. So there should not be any delay. A sector that caters to hundreds of thousands of jobs, employs the largest number of women and earns so much hard currency may occupy the centre stage; yet a thrust on export diversification should be the key element of the overall strategy going forward.