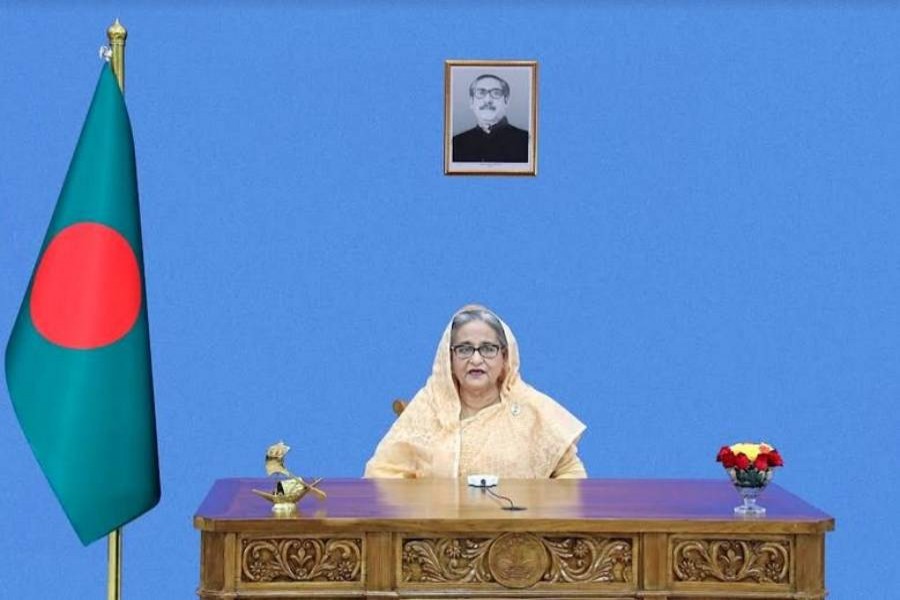 The prime minister on Thursday said, "Japan-Bangladesh-Comprehensive Partnership" has been launched to take the friendly ties between the two countries to a new height of a strategic partnership.

"We have launched the 'Japan-Bangladesh Comprehensive Partnership' to elevate the friendly relationship to a new height.

Sheikh Hasina said, “Our comprehensive partnership is now poised to be raised to a strategic partnership in the near future."

In a video message aired in a programme in Tokyo marking the celebration of the 50 years of cooperation between Bangladesh and the Japan International Cooperation Agency (JICA), she sought Japanese support to fulfil Bangladesh's vision to become a developed nation by 2041.

She recalled that Bangladesh remained deeply grateful for the invaluable support and contribution of Japan and its people during the War of Liberation, reports BSS.

Sheikh Hasina expressed her belief that sincerity, friendship and mutual respect are the core values for long-lasting bilateral relations.

Bangladesh and Japan have been maintaining and furthering relations based on those values and common interests, she stated.

She recalled that Father of the Nation Sheikh Mujibur Rahman laid the foundation of Bangladesh-Japan relations through his maiden visit to Tokyo in 1973.

Highlighting JICA's contribution to the development of Bangladesh, the premier said Bangladesh recognises Japan as one of the most trusted friends and the single largest development partner.

The Prime Minister said, "Bangladesh is marching forward to fulfil the Father of the Nation's dream of turning Bangladesh into a developed nation, while it has already attained recognition for graduating to a developing country in 2026."

On the occasion of the 50 years of the Bangladesh-JICA relationship, Sheikh Hasina conveyed her warmest greetings to the Emperor and the Empress of Japan as well as extended her deepest greetings and heartiest felicitations to the Prime Minister and the friendly people of Japan.