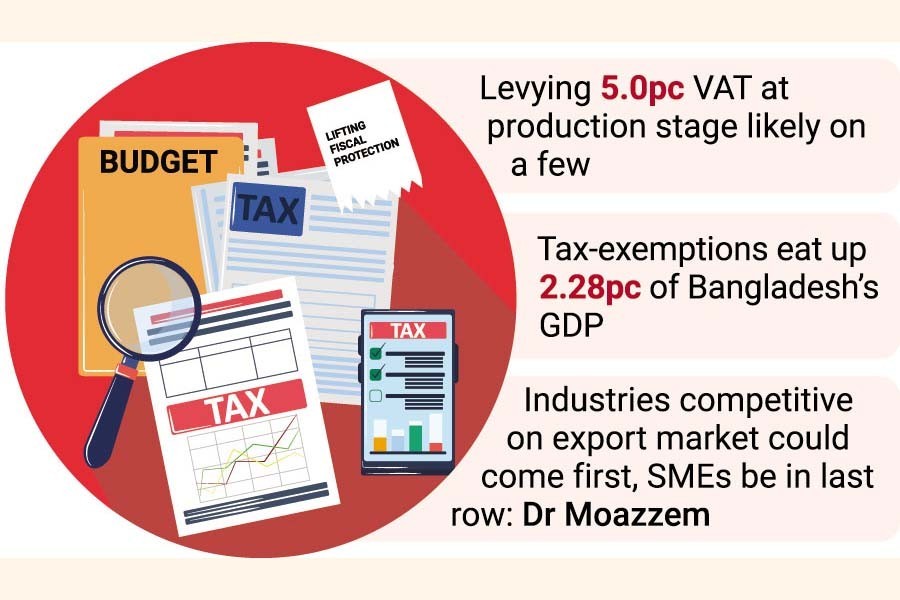 Phasing out fiscal protection to local industries begins in the upcoming fiscal year by way of taxing those as Bangladesh prepares for open competition after LDC graduation, sources say.

In the opening-up process the government is set to impose nominal taxes on some of the local manufacturing industries in the new budget.

Such industries, including manufacturers of mobile phone, refrigerator and air-conditioner, might see 5.0-percent value-added tax (VAT) at production stage in the FY 2022-23 budget, to be placed in parliament on June 9, according to the sources.

Currently, manufacturing industries of those products are exempt from payment of VAT at production stage as a measure for nurturing domestic industries.

Official sources say the government finds it fit to gradually lift the fiscal protection as those are already in a matured stage-meaning capable of competing on the external market.

"It is also important to develop competitiveness of the local manufacturing industries," says one official who sees the measure as part of country's preparation to graduate from the least-developed country (LDC) status by 2026.

Many of the local industries have developed their capacity to manufacture high-end products and export to the other countries with the fiscal support of government.

"Now, time has come to review the fiscal incentives" the local manufacturing industries have been enjoying for years, the officials say.

A study by the National Board of Revenue (NBR) found that tax-exemptions eat up 2.28 per cent of country's GDP annually.

Dr Khondakar Golam Moazzem, industrial economist and research director at the Centre for Policy Dialogue (CPD), feels that it is necessary to rationalize the fiscal subsidies through proper impact analysis.

"We are moving ahead to a middle-income country. Reduction, restructuring of subsidy and its time-bound implementation should be done from now on," he says.

It would not be logical to withdraw the protection in a year although fiscal pressure is there in the current year, he adds.

Maturity of industry, effectiveness of benefit should be considered first while small and medium enterprises or SMEs should be in the last row, he suggests.

Industries that became competitive on the export market could be considered for partial withdrawal of such subsidies.

Dr Moazzem is, however, in doubt about impartial rationalization of the fiscal subsidies usually offered under "political considerations or through persuasion of influential quarters".

Phone manufacturing grew into a massive industry in only five years which was once entirely import-dependent.

According to Bangladesh Mobile Phone Businessmen Association (BMBA) data, dozens of companies have invested over Tk 50 billion in manufacturing mobile phones having annual production capacity of more than 40 million units.

Md Nizamuddin Jitu, president at BMBA, welcomes the decision, saying that the local-mobile industries have grabbed 60 per cent of the market share now.

"It is right decision as no fiscal benefit can run for unlimited period," he adds.

Mr Jitu said capacitates of local industries have developed to pay tax to some extent as government also needs revenue to foot the bill for public expenditures.