US imposes more sanctions on Iran

US vows to tighten the economic screws 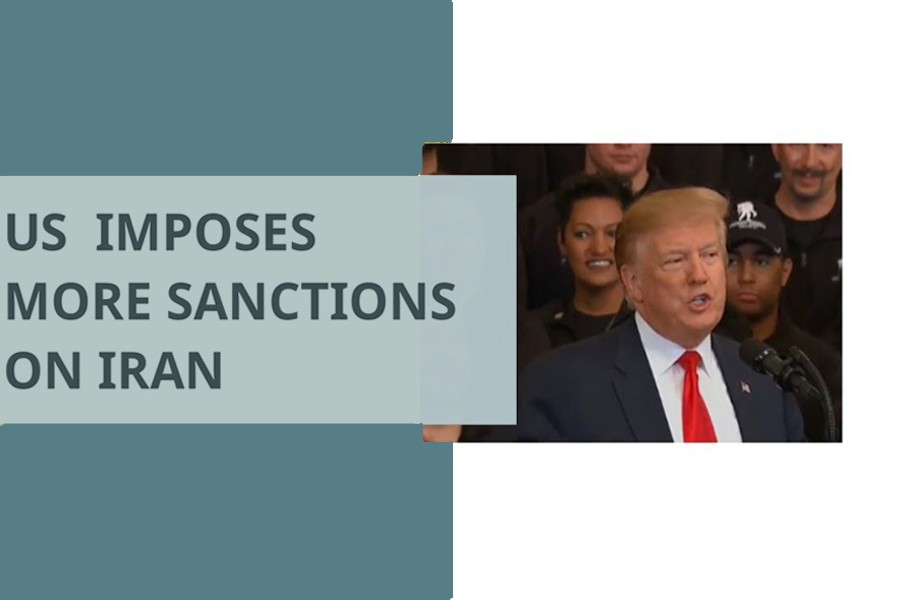 The United States has imposed more sanctions on Iran in retaliation for its missile attack on US forces in Iraq this week.

The US on Friday also vowed to tighten the economic screws if Tehran continued “terrorist” acts or pursued a nuclear bomb.

The targets of the sanctions included Iran’s manufacturing, mining and textile sectors as well as senior Iranian officials who Washington said were involved in the attack on military bases housing US troops.

Fears that the US and Iran were heading for war flared over the past week after a US drone strike killed Iranian commander Qassem Soleimani, spurring Iran’s retaliatory strike on facilities in Iraq hosting US forces.

No one was harmed in the Iranian ballistic missile attacks and the two sides seem to have stepped back from the brink of all-out conflict.

President Donald Trump vowed on Wednesday to impose the additional sanctions, the most concrete US response yet to the attacks, reports Reuters.

The measures target eight senior Iranian officials who US Secretary of State Mike Pompeo said are responsible for both the government’s violence abroad and crackdown on protesters at home.

“We’re striking at the heart of the Islamic Republic’s inner security apparatus. These sanctions targets include the secretary of the Supreme National Council and the commander of the Basij forces,” Pompeo said.

A commander of Iran’s elite Revolutionary Guards who was one of those sanctioned on Friday brushed of the new US move as “symbolic.”

“Imposing sanctions is symbolic for America and for me because this measure will have no economic impact and will not compensate for (Iran’s) missile barrage and will not bring respect for Washington,” tweeted Mohsen Rezaie.

Tensions between Washington and Tehran have spiked since Trump unilaterally withdrew in 2018 from the Iran nuclear deal struck by his predecessor Barack Obama and began reimposing sanctions that had been eased under the accord.

Those US sanctions have driven down Iranian crude sales, the Islamic Republic’s main source of revenues, but so far have not brought Iran back to the negotiating table to discuss a new nuclear pact as sought by Trump.

The United States has also sanctioned Iran’s purchase of US dollars, its trade in gold and precious metals and its dealings with metals, coal and industrial-related software.

Richard Nephew, a former White House and State Department expert on Iran sanctions during the Obama administration, played down the latest measures, saying much of the metals industry was already under sanction as were most of the individuals cited.

“This is a joke. These designations target an industry that is supposed to be off limits anyway and senior officials most of which were already designated,” said Nephew, now a senior research scholar and adjunct professor at Columbia University.

Friday’s sanctions freeze all properties or interests in properties that those targeted by the measures have under US jurisdiction. People or foreign financial institutions engaging in certain transactions with those designated could also be exposed to sanctions themselves.

“We will continue to apply economic sanctions until Iran stops its terrorist activities and commits that it will never have nuclear weapons,” he said.

US Secretary of State Mike Pompeo and Treasury Secretary Steven Mnuchin announce new sanctions on Iran in the Brady Press Briefing Room of the White House in Washington, US, January 10, 2020.

Iran denies that its nuclear program is aimed at building an atomic weapon,

Mnuchin said waivers from sanctions would be issued for anybody that could aid the investigation of the Ukraine International Airlines passenger jet that crashed shortly after take-off from Tehran on Wednesday, killing all 176 aboard.

The United States has said the plane was downed by an Iranian missile, probably by mistake. Reuters and other media reported on Thursday that US officials had reached that assessment based on a review of satellite data.

Iran has denied the Boeing 737-800 was brought down by a missile.

15,000 BD workers get amnesty in Bahrain