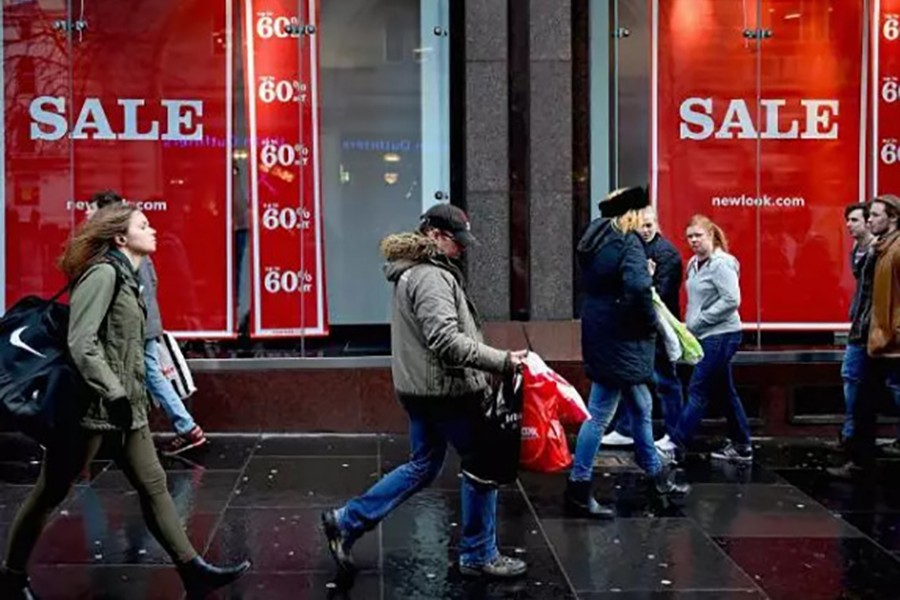 British consumer confidence slipped after last year’s Brexit vote, partly because of this month’s interest rate hike and further signs of a slowdown in the housing market, a survey showed on Friday.

A consumer confidence index produced by polling firm YouGov and the Centre for Economics and Business Research, a consultancy, sank to 106.6 in November, down sharply from 109.3 in October.

It was the first fall since June although it remained above the 100 level above which consumers are considered to be feeling confident, reports Reuters.

All eight of the index’s underlying measures weakened and a score for household finances over the past 30 days sank to its lowest level since January 2014.

Christian Jaccarini, an economist at Cebr, linked the fall to factors including the first interest rate hike by the Bank of England in over a decade and a slowdown in the housing market.

“With these economic headwinds set to persist, and the OBR forecasting weaker growth, households are understandably worried,” Jaccarini said, referring to a sharp cut to Britain’s economic growth outlook by the Office for Budget Responsibility, the government’s fiscal watchdog, on Wednesday.

The survey was conducted between Nov. 1 and Nov. 21 and was based on responses from 5,673 people.