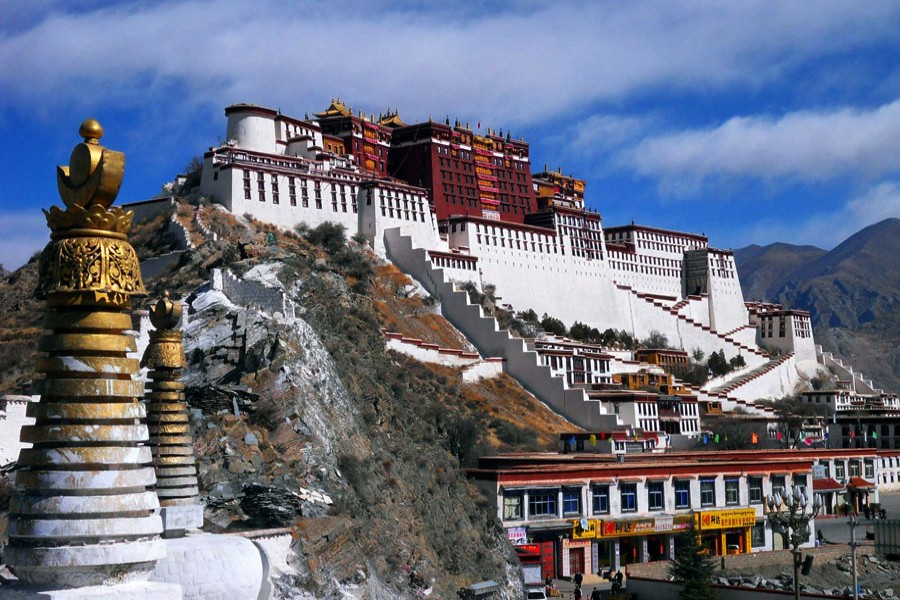 Tibet's GDP was estimated at more than 160 billion yuan (around 23 billion US dollars) last year, Qizhala, chairman of the regional government, said in his government work report delivered Tuesday at the third session of the 11th People's Congress of Tibet Autonomous Region.

The per capita disposable income for the region's rural residents grew about 13 per cent, while that for urban residents rose more than 10 per cent, reports Xinhua.

In 2020, Qizhala said in the report that Tibet's GDP is expected to maintain a stable growth of 9.0 per cent. The total retail sales of consumer goods aim to grow 10 per cent this year.

Meanwhile, the per capita disposable income for the region's urban and rural residents in 2020 is estimated to grow 10 per cent and 13 per cent, respectively.

Qizhala added that the region aims to create 50,000 urban jobs and ensure that the registered unemployment rate does not rise above 3.6 per cent.