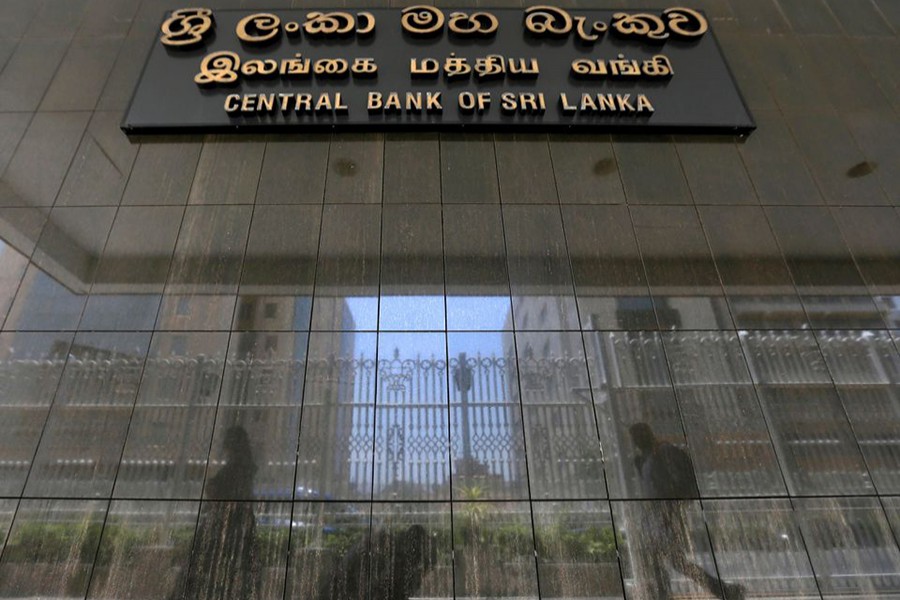 People walk past the main entrance of the Sri Lanka's Central Bank in Colombo, Sri Lanka on March 24, 2017 — Reuters/Files

Sri Lanka's central bank on Thursday threatened administrative intervention to control high market interest rates that it regarded as out of line with the inflation outlook.

Any such action, interpreted by economists as meaning it might push market rates down, would lower the government's high borrowing costs. However, it was unclear how the central bank could force investors to support public finances at lower rates than they expected, reports Reuters.

The Central Bank of Sri Lanka (CBSL) also confirmed an expected decision to hold its two policy rates steady, citing a need to curb demand in the economy. The Standing Lending Facility rate was kept at 15.50 per cent and the Standing Deposit Facility Rate at 14.50 per cent.

Market rates on longer-term government debt - bonds and treasury bills - are about twice as high as those policy rates for overnight money, increasing the government's burden in covering its budget deficit and refinancing maturing debt.

A shortage of foreign exchange reserves to pay for essential imports has added to inflation and triggered a sharp currency depreciation that has also pushed up prices.

The nationwide consumer price index in October was 70.6 per cent higher than a year earlier. But the central bank expects that restrained fiscal policy, if sustained, and its tight monetary policy will pull the annual inflation rate down to 4-5 per cent by the end of 2023.

"The statement is clear on CBSL wanting market interest rates to be on a downward path in the months ahead, citing moderation in inflation in particular," said Thilina Panduwawala, head of research at Frontier Research.

"The statement was quite aggressive in saying they are prepared to use non-policy rate tools to nudge market rates, including deposit rates, lower," he added.

In keeping its policy rates steady, the CBSL said: "The Board was of the view that the prevailing tight monetary policy stance is necessary to rein in any underlying demand pressures in the economy."

Thirteen out of 15 economists and analysts polled by Reuters had forecast the policy rates would remain unchanged. The CBSL has raised them by a record 950 basis points this year to fight inflation.

CBSL has previously forecast that gross domestic product will be 8.7 per cent lower this year than in 2021.

"Economic activity is expected to make a gradual, yet sustainable recovery, supported by envisaged improvements in supply conditions, improved market confidence, and the impact of corrective policy measures being implemented to stabilise the economic conditions," it said.

It added that moderating global growth presented risks, but they would be largely offset by improving prospects for the tourism sector and workers' remittances.

Sri Lanka defaulted on foreign debt repayments in May. It secured a preliminary IMF deal for a $2.9 billion bailout in early September. However, the country must put its heavy debt on a sustainable path before disbursements can begin.

"The central bank now needs to centre their attention on debt restructuring and get an IMF deal quickly to reduce rates," said Sanjeewa Fernando, head of research at CT CLSA Securities.

"That is the best way to stabilise the economy and put it back on a growth footing".

"If an appropriate downward adjustment in the market interest rates would not take place in line with the envisaged disinflation path, the central bank will be compelled to impose administrative measures to prevent any undue movements in market interest rates," CBSL said in a statement.

The island nation has been struggling with soaring inflation, partly triggered by its worst financial crisis in seven decades and an ill-considered ban on chemical fertilisers implemented last year and since reversed.