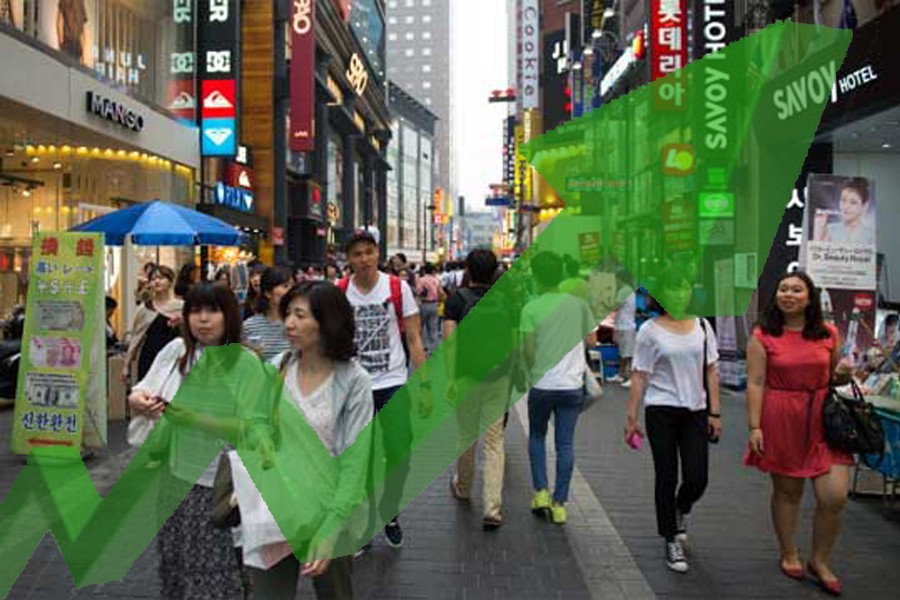 The composite consumer sentiment index (CCSI) stood at 112.3 in November, marking the highest since December 2010, according to the Bank of Korea.

It was up 3.1 points from the previous month, keeping an upward trend for the second straight month. It was based on a survey of 2,107 households conducted for eight days from Nov. 10, reports Xinhua.

Tensions de-escalated on the peninsula as the Democratic People's Republic of Korea refrained from staging any provocation for more than two months.

The improved bilateral relationship between South Korea and China also helped boost the sentiment among consumers, the report says.

Index for job opportunity rose 5 points, but the number for home prices fell 4 points as the government unveiled a set of measures to control speculative investment among multiple home owners into the real estate market.

Inflation expectations, which reflected outlook among consumers for consumer price inflation in the next 12 months, stood at 2.5 per cent in November, down 0.1 percentage point from a month earlier.