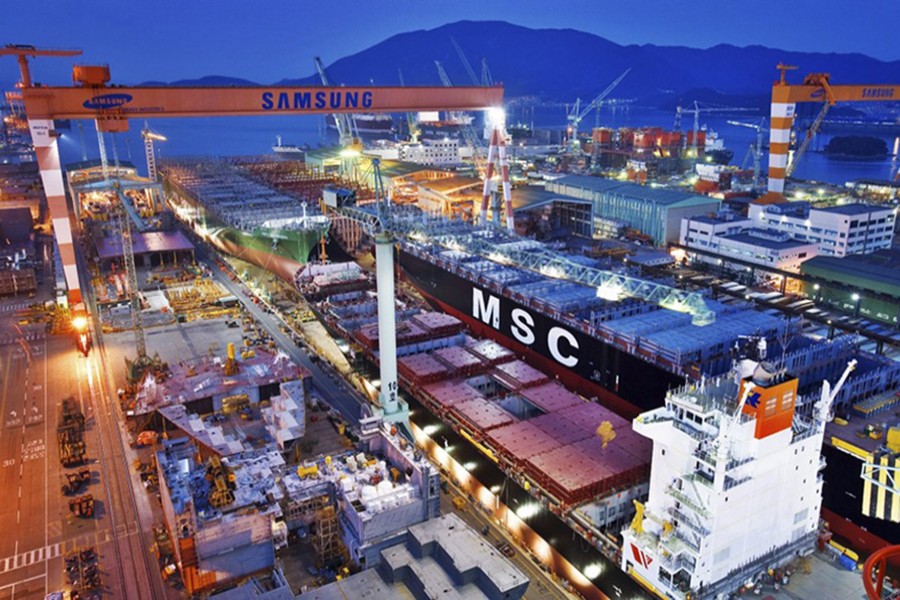 South Korea’s economy clocked its fastest growth in seven years last quarter, as global demand for the country’s electronics more than offset the impact of regional geopolitical strains on trade.

Gross Domestic Product (GDP) rose 1.4 per cent in the third quarter from the previous quarter, preliminary numbers from the Bank of Korea showed on Thursday, reports Reuters.

The growth significantly beating the 0.8 per cent forecast in a Reuters survey and marking the biggest jump since a 1.7 per cent spike in the second-quarter of 2010.

The data pushed the won to an eight-week high in early trade on Thursday on the heightened rate hike expectations.

The BOK kept its policy rate unchanged at the record low of 1.25 per cent last week but one dissenting policymaker called for a hike, prompting some speculation that a tightening could take place at the central bank’s next policy meeting on Nov. 30.

The third quarter numbers are likely to bolster this view with growth now on track to hit the central bank’s official forecast of a 3.0 per cent expansion.

Exports grew 6.1 per cent in the third quarter after declining 2.9 per cent a quarter earlier, while private consumption growth slowed to 0.7 per cent in the July-September period from 1.0 per cent.

Exports, which account for about 40 per cent of GDP, notched a ninth consecutive month of double-digit growth in September in value terms, the longest stretch of such expansion since 2001.