Oil heads towards for weekly loss on profit-taking 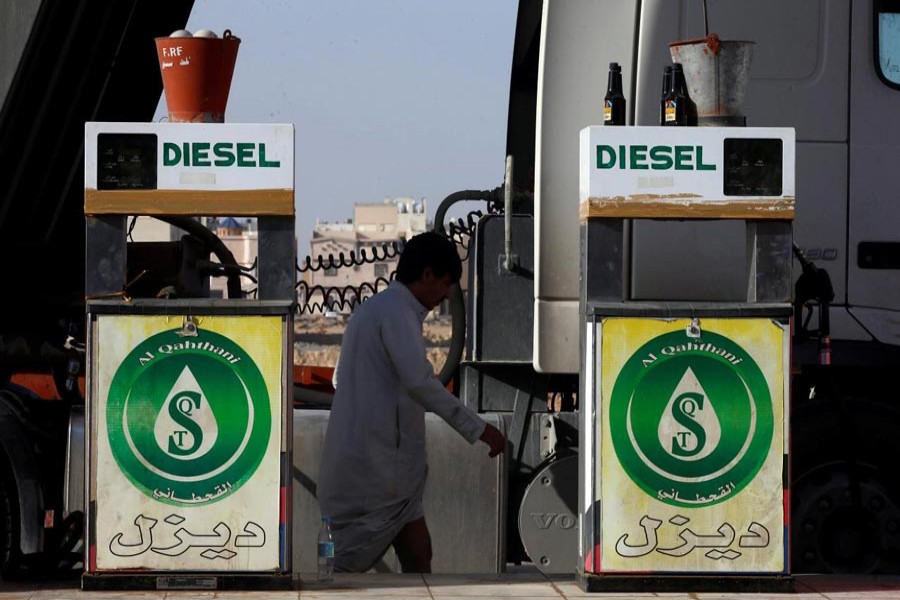 A man walks at a petrol station in Riyadh, Saudi Arabia recently. — Reuters

LONDON, Oct 20 (Reuters): Oil prices fell on Friday and were set for a weekly loss as investors sought to book profits, despite tensions in the Middle East that have slashed supplies of crude.

"The market has really been treading a small range all of this week without any true momentum," he added.

Oil exports from Iraq's Kurdistan towards the Turkish port of Ceyhan were flowing at average rates on Friday of 216,000 barrels per day versus the usual flows of 600,000 bpd, a shipping source said.

Iraqi troops regained control of two major oilfields northwest of Kirkuk from Kurdish Peshmerga forces this week, and the oil ministry in Baghdad expects to bring the fields back on stream on Sunday.

In a major development, Russia's biggest oil company, Rosneft, has agreed to take control of Iraqi Kurdistan's main oil pipeline in a $1.8 billion investment. The deal "makes it a bit harder for Baghdad to do anything against those flows", Jakob said.

Despite the losses on Friday, analysts say the market is on a path towards rebalancing.

"The oil market has moved into modest undersupply and we expect this will persist at least through the end of the year," US investment bank Jefferies said.

US commercial stocks of crude oil have dropped 15 per cent from their March records, to 456.5 million barrels, below levels seen last year.

Part of this drawdown has been due to rising exports as a result of the steep discount of US crude to Brent, which makes it attractive for American producers to export their oil.

Additionally, crude futures price curves are in backwardation, which makes it attractive to sell produced oil immediately rather than store it for later dispatch.

Shipping data in Thomson Reuters Eikon shows that overseas US crude oil shipments have soared from virtually zero before the government loosened export restrictions in late 2015 to around 2.6 million bpd in October.