No signs of excesses building in markets: BOJ 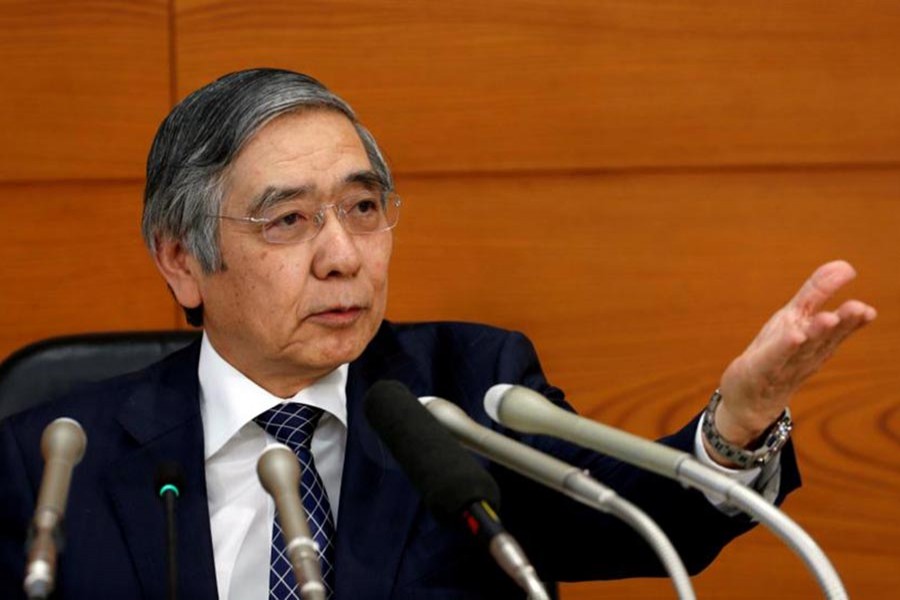 Bank of Japan Governor Haruhiko Kuroda said on Friday he did not see any signs of bubbles or excesses building up in US, European and Japanese markets as a result of heavy money printing by the BOJ.

“I don’t think we have a very big share” of Japan’s total stock market capitalisation, he told reporters after attending the Group of 20 finance leaders’ gathering.

The International Monetary Fund painted a rosy picture of the global economy in its World Economic Outlook earlier this week, but warned that prolonged easy monetary policy could be sowing the seeds of excessive risk-taking.

Kuroda said that while policymakers should not be complacent about their economies, he did not see huge risks materialising as a result of their policies.

Although major central banks deployed massive stimulus programmes to battle the global financial crisis, they have always scrutinised whether their policies were causing excessive risk-taking, he said.