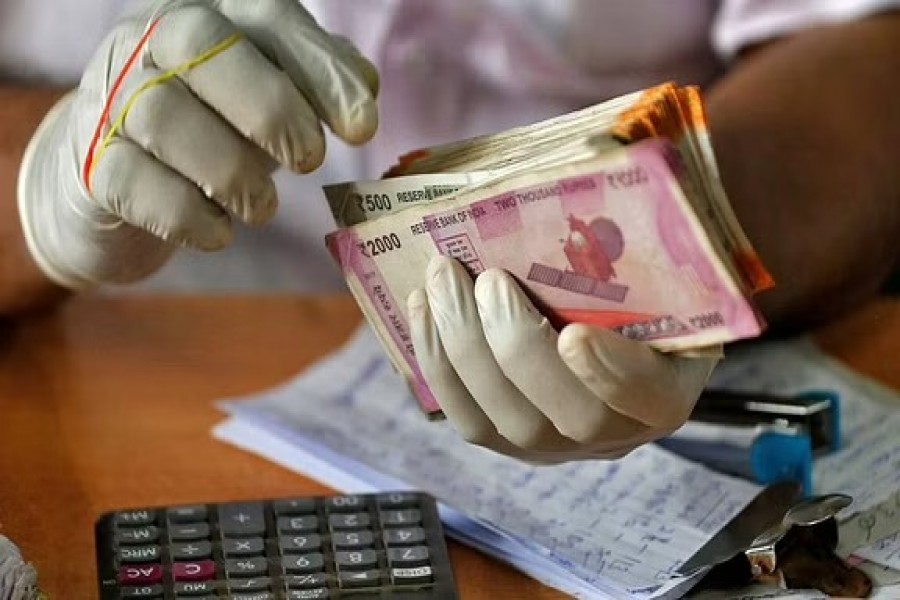 The Indian rupee is unlikely to fall significantly from current levels against the US dollar after the Reserve Bank of India on Friday opted for a 50 basis points rate hike, analysts said, Reuters reports.

The RBI hiked the key interest rate by 0.50 per cent to 5.40 per cent, an outcome that less than half of the 63 economists polled by Reuters had predicted.

One of the global headwinds that could weigh on the rupee is the US Federal Reserve's rate hike trajectory. Expectations regarding the pace of rate hikes have moderated amid concerns over growth, but policymakers in recent days have reiterated the central bank's resolve to tame inflation. There is a near 62 per cent probability that the Fed will hike rates by 50 basis points in September and a 38 per cent chance it will increase it by three-fourth percentage points, according to the CME FedWatch Tool.

"India's balance of payment position alongside the Fed are the biggest risks the rupee faces currently," a trader at a private bank said. "In that sense, we think that today's RBI policy was directed at removing the tail risks for the rupee." RBI Governor Shaktikanta Das in his policy address said the bank was watchful of rupee stability and its interventions using foreign exchange reserves till now have helped contain volatility in the currency. The rupee was trading at 79.24, up from 79.4650 on Thursday. The local unit reached an intraday high of 78.98 immediately after the RBI's rate decision.

‘World unlikely to meet goal of ending extreme poverty by 2030’