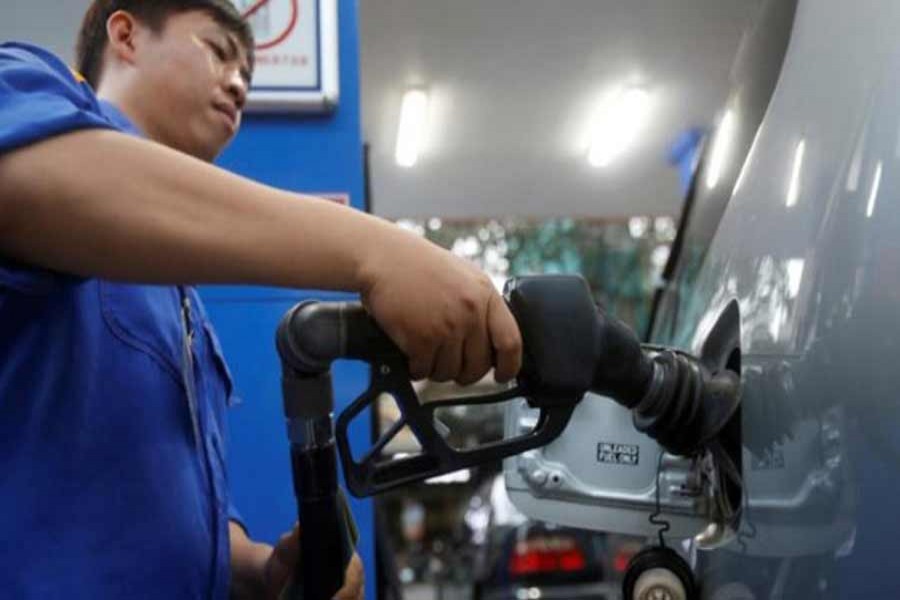 SINGAPORE, Oct 24 (Reuters): Southeast Asian demand for oil will keep growing until at least 2040 as emerging nations there rely on the fossil fuel to transport their rapidly growing populations, ship goods and make plastics, the International Energy Agency (IEA) said on Tuesday.

Oil usage in the region will expand to around 6.6 million barrels per day by 2040 from 4.7 million bpd now, with the number of road vehicles increasing by two-thirds to around 62 million, the agency said in a report. It did not make any forecasts beyond 2040.

A global push to replace combustion engines in vehicles with electric-powered ones to fight climate change has raised concerns in the oil industry that demand for the commodity could peak in the next 10-20 years.

But oil will continue to meet around 90 per cent of transport-related demand in Southeast Asia, especially for trucks and ships, Keisuke Sadamori, the IEA's director of energy markets and security, said at the Singapore International Energy Week.

"Unless there are any drastic technological changes that can decarbonize these areas, we do not expect oil demand to fall," he said.

Oil demand from the petrochemicals sector, one of the largest users of the fossil fuel, will also grow fairly substantially, Sadamori said. Oil can be used as a raw material for plastics and textiles.

The IEA expects electricity to account for only 1 per cent of transport energy demand in 2040, saying there will be only about 4 million electric cars in a total passenger vehicle stock of 62 million.

Meanwhile, Southeast Asia's overall energy demand is expected to climb nearly 60 per cent by 2040 from now, led by power generation, as rising incomes in the region spur more people to buy electric appliances including air conditioners, the IEA said.

The region will have universal access to electricity in the early 2030s and is expected to install more than 565 gigawatts (GW) of power-generation capacity in 2040, from 240 GW today, the agency said. Coal and renewables account for almost 70 per cent of new output, it added.

Coal alone will account for almost 40 per cent of the growth while renewables will quadruple by 2040 to become the second largest source of electricity after coal, overtaking gas, IEA forecasts showed.

Southeast Asia will become a key driver for energy demand globally as its economy triples in size and its total population grows by a fifth, the IEA said. But the region's net energy import bill is also climbing as oil production declines, raising concerns over energy security.

Southeast Asia will have to fork out more than $300 billion in 2040 for net energy imports, equivalent to about 4 per cent of the region's total gross domestic product, the IEA said.