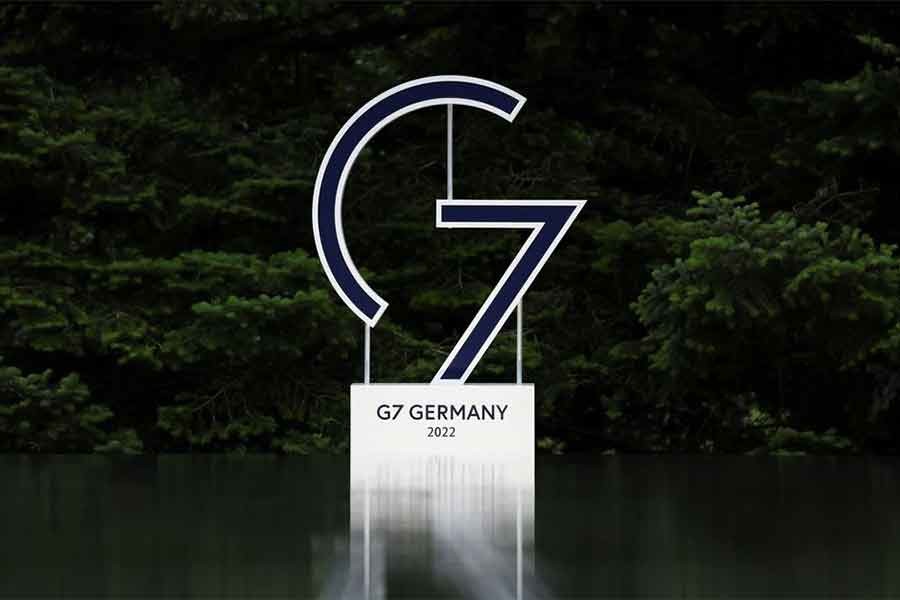 Group of Seven nations have engaged in a debate to put a global price cap for Russian oil that would curb Moscow's energy revenues and potentially limit its ability to fund its invasion of Ukraine, according to Reuters.

Higher crude oil and fuel prices allowed Russian revenues to climb in May despite its export volumes slipping due to sanctions, the International Energy Agency said in its June monthly report.

Russian oil export revenues are estimated to have increased by $1.7 billion in May to about $20 billion.

The G7 nations have agreed to ban Russian oil imports, although some over time. Europe was still the destination for 43 per cent of Russian oil and fuel last month.

China's imports of Russian oil and fuel have risen, while India has overtaken Germany's place as the number two destination.

The G7 would ideally like to end Russian oil sales but accepts that increased output from producers would not make up the shortfall.

The United States is pushing for a mechanism that would cap the price other countries pay for Russian oil.

The idea is to tie financial services, insurance and shipping of oil cargoes to a cap on the Russian oil price. So if a shipper or importer wanted these services they would have to commit to the Russian oil being sold for a set maximum price.

G7 countries have been busy over the past weeks seeking to convince countries that have no sanctions on Russia to buy into the price cap.

"These countries are asking questions about the feasibility, but in principle to pay less for energy is a very popular theme," an EU official said.

The official said there were still details to settle - how to enforce the mechanism and how to prevent re-exportation or trans-shipment. The price would still have to be high enough for Russia to keep exporting.

France has said the oil price cap mechanism should extend beyond Russian products so that it had a broader impact to reduce prices. It has also mooted easing sanctions on Iran and Venezuela to pump more oil into the market.

Oil prices fall by more than $4.0 a barrel