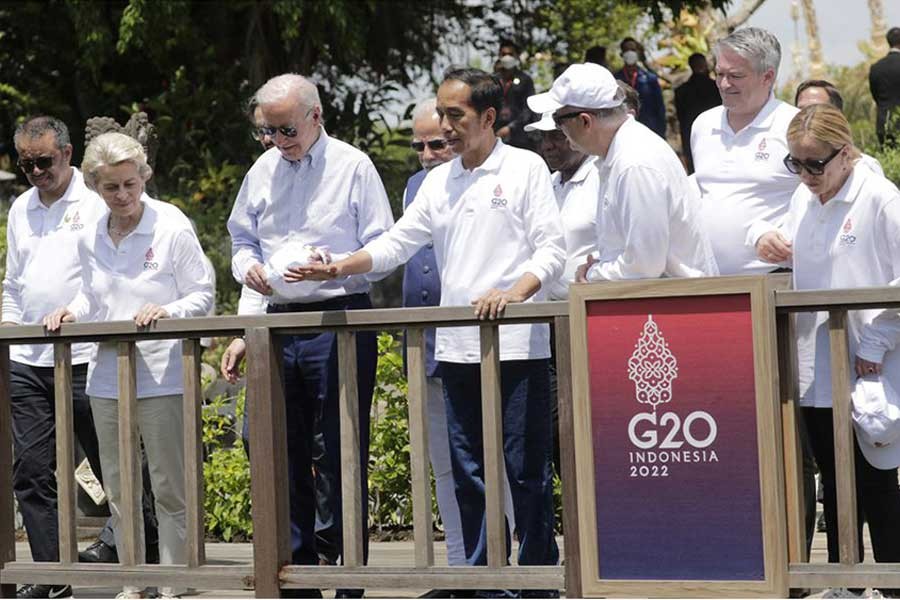 Leaders of the Group of 20 (G20) major economies have agreed to pace their interest rate hikes carefully to avoid spillovers and warned of "increased volatility" in currency moves, a sea change from last year's focus on mending the scars of the COVID-19 pandemic.

In a leaders' declaration signed on Wednesday, the Group of 20 (G20) members said the world economy was facing "unparalleled multidimensional crises" ranging from the war in Ukraine to a surge in inflation, which are forcing many central banks to tighten monetary policy, according to Reuters.

"G20 central banks ... are closely monitoring the impact of price pressures on inflation expectations and will continue to appropriately calibrate the pace of monetary policy tightening in a data-dependent and clearly communicated manner," said the statement signed after a two-day G20 summit held in Bali.

The central banks will also be mindful of the need to limit spillovers, the statement added, in a nod to emerging economies' concerns about the potential for huge capital outflows if aggressive U.S. rate hikes continue.

"Central bank independence is crucial to achieving these goals and buttressing monetary policy credibility," it added.

The emphasis on the need to fight inflation contrasted with the G20 statement last year, which said central banks must avoid overreacting to transitory rises in inflation.

The G20 leaders also called for "temporary and targeted" fiscal spending to low-income households which are particularly vulnerable to rising living costs. Last year, the leaders warned against any premature withdrawal of support to ensure the global recovery remained intact.

The shift in tone underscores the rapid change in the global environment and policymakers' priorities, caused in large part by Russia's invasion of Ukraine in February.

An abrupt, sharp rise in inflation, driven by increasing commodity and fuel costs, caught many central banks off guard and forced them to shift gear toward rapid monetary tightening.

Now, policymakers are faced with the dilemma of having to combat inflation with interest rate hikes, without cooling economies that are already facing the risk of recession.

The head of the World Trade Organization (WTO) warned of the risk of various uncertainties clouding the global economic outlook.

"Of course, the impact of that can be quite significant for emerging markets and poor countries, which need external demand from the developed countries to recover," she told Reuters.

Aggressive rate hikes by the US Federal Reserve have already jolted financial markets by causing a broad-based rise in the dollar, forcing countries like Japan to intervene in the foreign exchange market to stem sharp declines in their currencies.

In Wednesday's declaration, the G20 members reaffirmed their commitment to avoid excessive currency volatility. It also included a phrase recognising that many currencies have "moved significantly this year with increased volatility."

Tokyo authorities have justified their yen-buying intervention as aimed at smoothing what they saw as excessively volatile moves in the currency.

Leaders of the G20 nations opened talks on Tuesday on the island of Bali, with a plea by host Indonesia for unity and concrete action to mend the global economy despite deep rifts over the war in Ukraine.