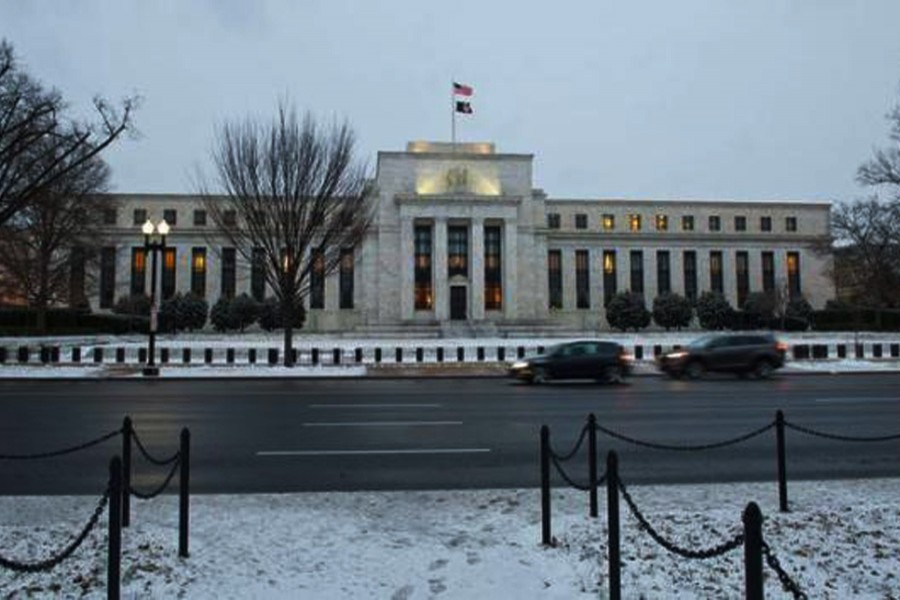 The US Federal Reserve has left interest rates unchanged after cutting rates at each of the last three meetings, as officials assessed the effect of rate cuts on the US economy.

The Federal Open Market Committee, the Fed's policy-making committee, decided to maintain the target range for the federal funds rate at 1.5 per cent to 1.75 per cent after concluding a two-day policy meeting on Wednesday, in line with market expectations, reports Xinhua.

"Information received since the Federal Open Market Committee met in October indicates that the labour market remains strong and that economic activity has been rising at a moderate rate," the Fed said in a statement, adding that household spending has been rising at a strong pace while business fixed investment and exports remain weak.

"The Committee will continue to monitor the implications of incoming information for the economic outlook, including global developments and muted inflation pressures, as it assesses the appropriate path of the target range for the federal funds rate," said the statement.

The US economy expanded at an annual rate of 2.1 per cent in the third quarter this year, slightly up from the 2-per cent growth rate in the second quarter but a sharp deceleration from 3.1 per cent in the first quarter, according to the US Commerce Department.

"With our decisions through the course of the past year, we believe that monetary policy is well-positioned to serve the American people," Powell said, adding the current stance of monetary policy "likely will remain appropriate" as long as the US economy stays on track.

The median estimate for the federal funds rate is at 1.6 per cent at the end of 2020, suggesting no rate cuts or hikes in 2020, according to Fed officials' interest rate forecasts released on Wednesday.

"The Fed is now quite dovish & given likely alteration of inflation target in 2020 this bodes well for risk assets. Powell just noted how accommodative policy is," Joseph Brusuelas, chief economist with RSM US LLP, an audit, tax and consulting firm, tweeted Wednesday afternoon, noting the Fed strongly implied no rate hikes in 2020.

However, a majority of the 31 economists recently polled by Bloomberg expect that Fed officials won't allow the 2020 presidential election to sway their monetary policy decisions and will keep rates on hold for the next two years.

Coronavirus: Could it damage the global economy?

Sri Lanka earns record $5.3b from apparel exports in 2019