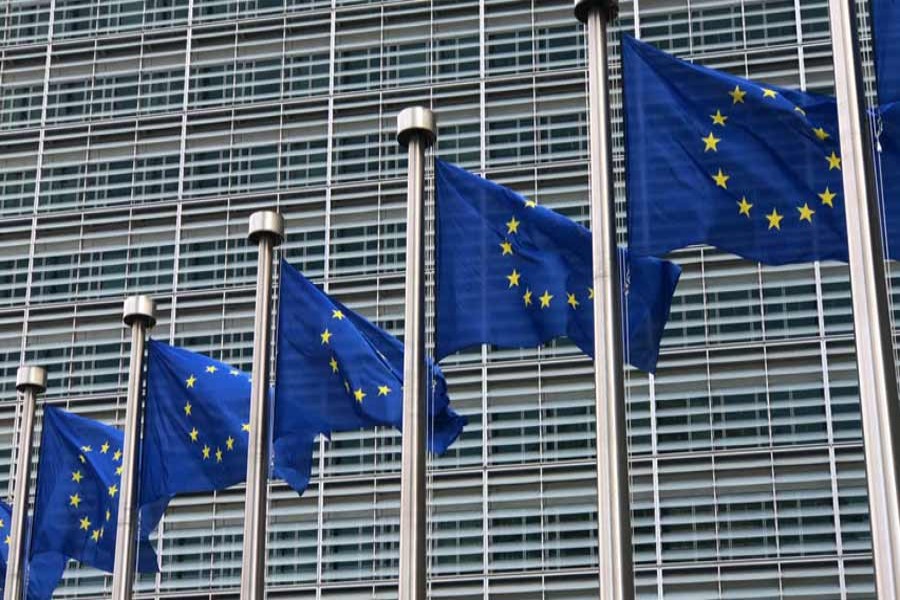 LONDON, Oct 24 (Reuters): Private sector growth across the euro zone slowed more sharply than predicted this month, a survey showed on Tuesday, but activity remained strong even though firms increased prices at the steepest rate in over six years.

October's reading was below all expectations in a Reuters poll, which had forecast a more modest dip to 56.5, but was still much higher than it has averaged in recent years.

"Despite declining in October, the euro zone Composite PMI suggests that the economic recovery continued at a healthy pace at the start of Q4," said Stephen Brown at Capital Economics.

"Based on the German and French figures, the average PMI for Spain and Italy probably fell, perhaps because issues in Catalonia weighed on business activity in Spain," Brown said.

Catalonia's independence drive and its potential fallout has affected markets. Madrid has said it will impose direct rule on the region, which accounts for a fifth of Spain's economy.

IHS Markit said the PMI, if maintained, pointed to fourth quarter economic growth of 0.6-0.7 per cent in the euro zone, faster than the 0.5 per cent a recent Reuters poll predicted.

The robust growth came as firms jacked up prices. The output prices index climbed to 53.3 from 52.7, its highest since June 2011.

A PMI covering the bloc's dominant service industry sank to 54.9 from 55.8, missing all expectations in a Reuters poll that predicted a reading of 55.6.

But suggesting firms think the slowdown won't last, they hired staff at the second fastest rate in over nine years.  The employment index rose to 54.3 from 53.7 and has only been higher once-in March-since early 2008.

Manufacturing growth, on the other hand, accelerated. The factory PMI came in at 58.6 compared to September's 58.1, its highest since February 2011.

It was forecast at 57.8 and was better than anyone polled by Reuters predicted.  An index measuring output, which feeds into the composite PMI, dipped to 58.7 from 59.2.

Indicating the momentum might continue, new orders picked up.