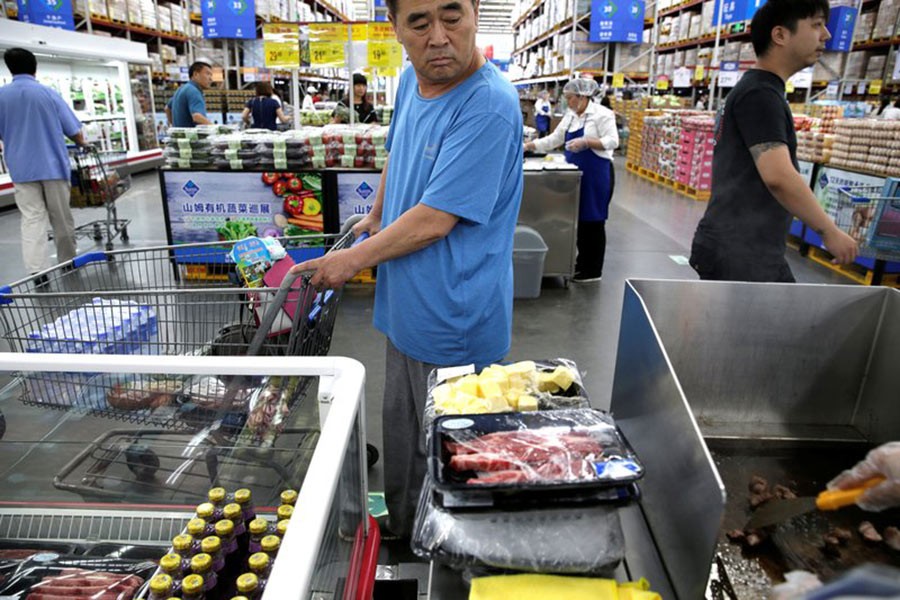 A customer looks at the beef steaks for sale at a Sam's Club store of Wal-Mart in Beijing, China. - Reuters file photo

China is cutting import tariffs on 187 consumer goods from whisky to cashmere clothing to help spur spending and economic growth.

The Finance Ministry said tariffs will drop from an average 17.3 per cent to 7.7 per cent on products, including pharmaceuticals, food, health supplements, and clothing.

The cut will take effect from the beginning of December, the BBC reported on Saturday.

The move is designed to encourage consumers to spend more at home rather than on trips overseas.

It is thought to be part of a shift towards creating a consumption-driven economy, and signalling to the world, especially the US, that it is opening up its economy.

US President Donald Trump has long complained of unfair trade practices by China and wants to reduce America's deficit with the country.

Domestically, there is increasing demand for foreign brands, especially after a number of food-safety scandals.

Doug Lippoldt, chief trade economist at HSBC, said the cuts in the import tariffs were positive and part of an "on-going process" by the government.

"The reduction of import tariffs on clothing, dairy products, food and other consumer items mean domestic suppliers will have to become more competitive, which will benefit the Chinese economy and consumers in the long run."

"It would also help Chinese manufacturers if the government looked at the liberalisation of services, such as accountancy, telecoms and IT," Lippoldt added.

"I think trade partners in advanced economies will see this as a step in the right direction."