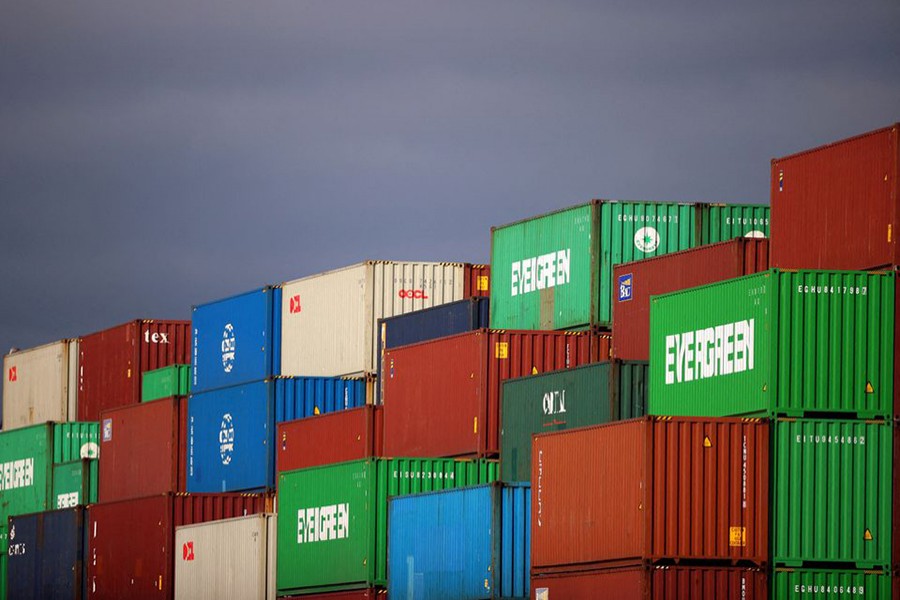 A view shows stacked shipping containers at the port of Felixstowe, Britain on October 13, 2021 — Reuters/Files

Britain has launched a scheme to extend tariff cuts to hundreds of products, such as clothes and food, from developing countries, part of London's post-Brexit efforts to set up systems to replace those run by the European Union.

"As an independent trading nation, we are taking back control of our trade policy and making decisions that back UK businesses, help with the cost of living, and support the economies of developing countries around the world," Trevelyan said in a statement.

The DCTS covers 65 countries, simplifies rules such as rules of origin, which dictate what proportion of a product must be made in its country of origin, and removes some seasonal tariffs, such as making cucumbers tariff-free in the winter.